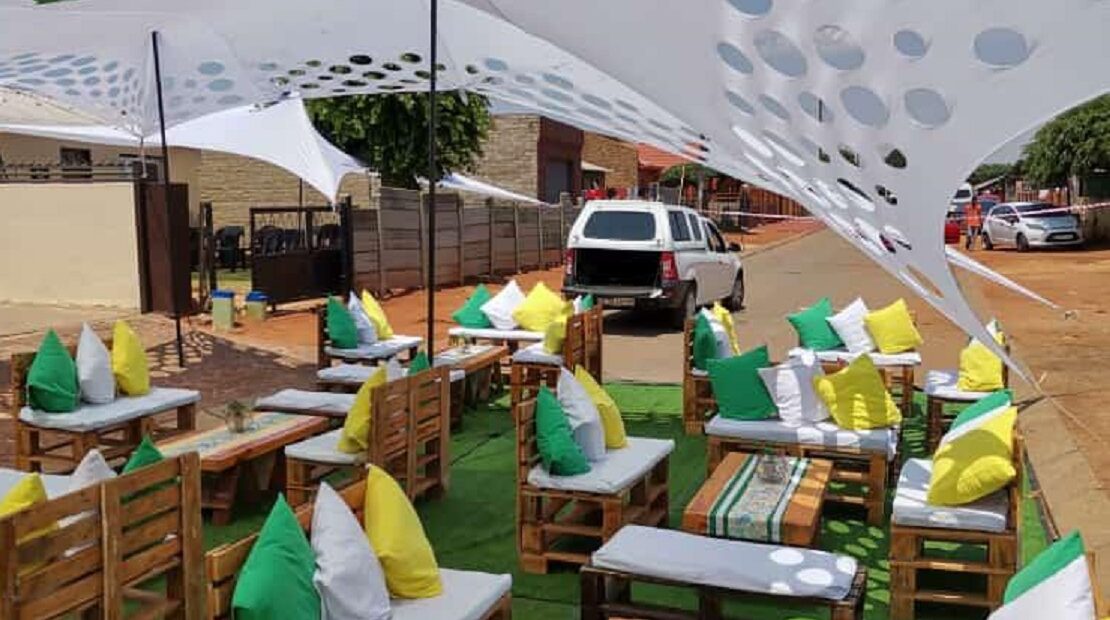 Erecting a Tent in the Middle of the Road Requires Permission

With alert level one lockdown in place, festivities are gaining momentum and tents are being erected, some blocking the roadway and causing motorists and pedestrians to seek alternative routes.

In addition, tarred roads are slowly deteriorating as once the pegs knocked into them to balance tents are removed they tend to result in holes that can form potholes.

EMPD Spokesperson Kobeli Mokheseng advises that members of the community intending to put up tents in the middle of the street to visit the nearest EMPD precinct to make their intentions known prior to the planned event.

Mokheseng said after the visit to the precinct, an EMPD delegate will conduct a site inspection and provide advice before approval or decline.

“The EMPD does not allow tents to be erected in the middle of the roadway, especially on public roads but there could be exceptions depending on the area of a planned occasion and if it would be permitted. It will depend on findings collected on site by our officer, attached signatures of neighbours in agreement, inputs from the ward councillor, local SAPS and endorsement from community leaders,” explains Mokheseng.

He added that council infrastructure like tarmacs, lampposts, road traffic signs that could be damaged during the exercise are also taken into consideration.

Community members wishing to enquire can visit their nearest EMPD precinct between 8am and 3:30pm.