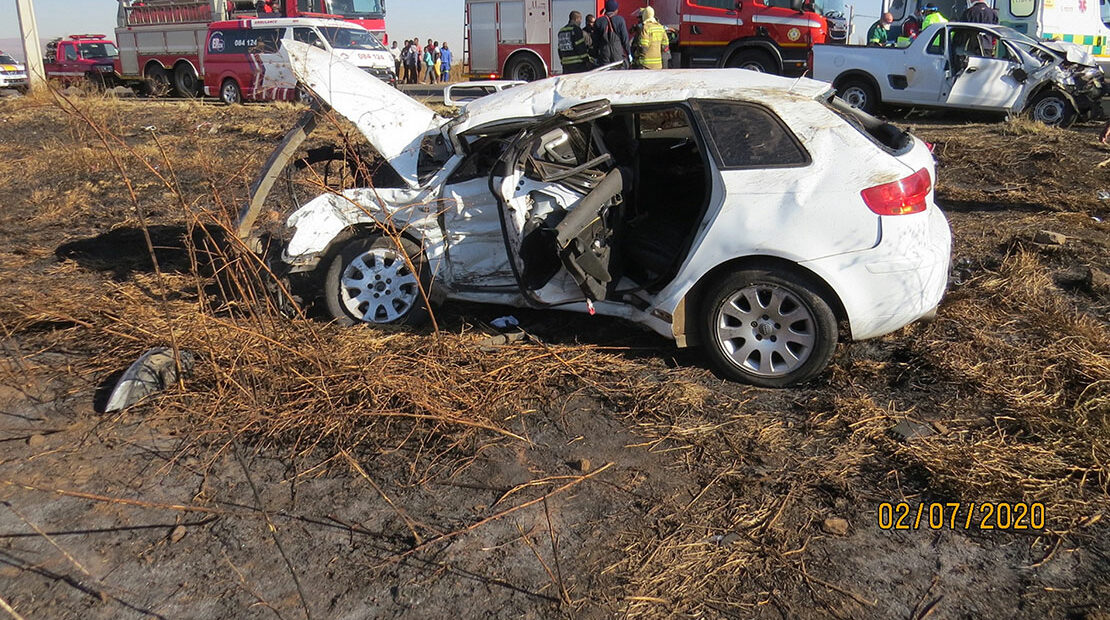 Three adult men and a woman died instantly, while three others sustained critical injuries, after a head-on collision involving a single cab bakkie and a hatch-back vehicle.

The horrendous incident happed on the M7 road linking Katlehong and Zonkizizwe on 2 July.

Rescue teams from both Palm Ridge and Zonkizizwe fire stations attended to the scene and on arrival all three deceased and two injured patients from the hatch-back were found at the scene. Jaws of Life had to be used to recover the critically injured driver from the bakkie, who was still trapped behind the steering wheel. The fourth deceased female passenger found next to the vehicle.

The injured were treated on the scene before being transported to Thelle Mogoerane Regional Hospital in Vosloorus.

Scene was then handed over to the EMPD for further investigations.