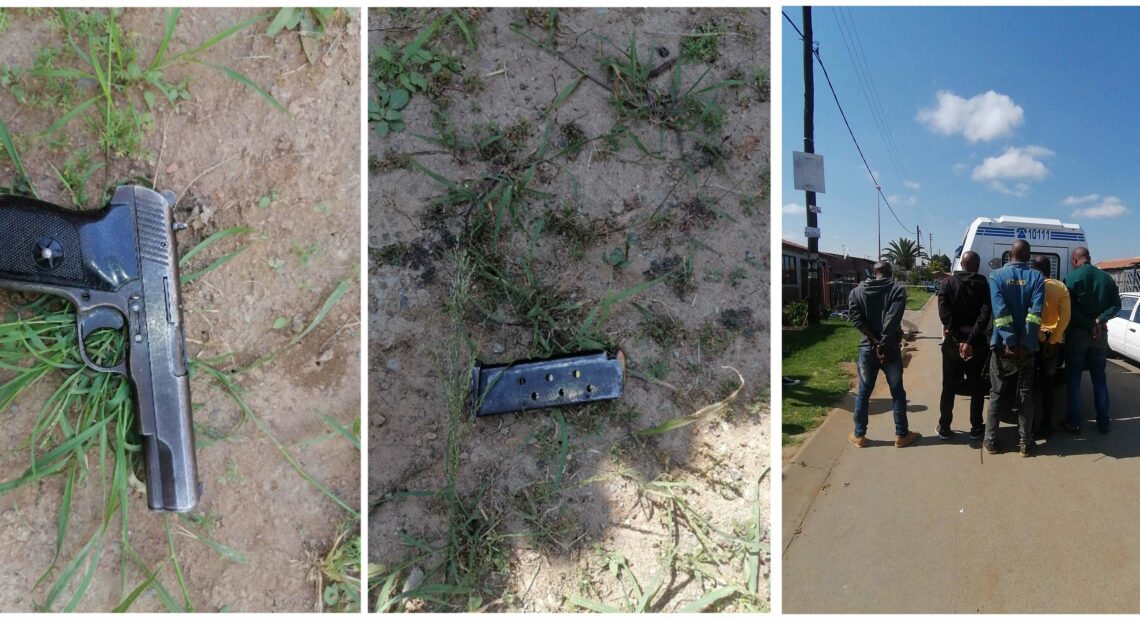 KWA-THEMA_On Thursday, 19 January 2023, at about 06h00, the Ekurhuleni Metropolitan Police Department (EMPD) Task Team officers arrested five men, aged between 33 and 43, for conspiracy to commit robbery and possession of unlicensed firearms and ammunition.

The EMPD officers followed up on information received from a whistle-blower about suspects who were planning to rob a local spaza shop. They identified five suspicious looking men in a white Mazda Sting at the corner of Raborife and Macbeth Street in Kwa-Thema matching the description given by the informant. After spotting the law enforcers, two of the suspects jumped out of the motor vehicle and attempted to flee, running towards the spaza shop that they had planned to rob.

The officers pursued the suspects who discarded two firearms, a Star firearm with a filed-off serial number and seven live rounds as well as a Barreta firearm with nine live rounds, as they fled and swiftly apprehended them. The remaining three suspects were apprehended by the officers as they attempted to abandon the vehicle. When inspecting the vehicle, with false number plates, officers found that the vehicle had been previously involved in the commission of a crime.

All five suspects were arrested and detained at the Kwa-Thema SAPS and charged.