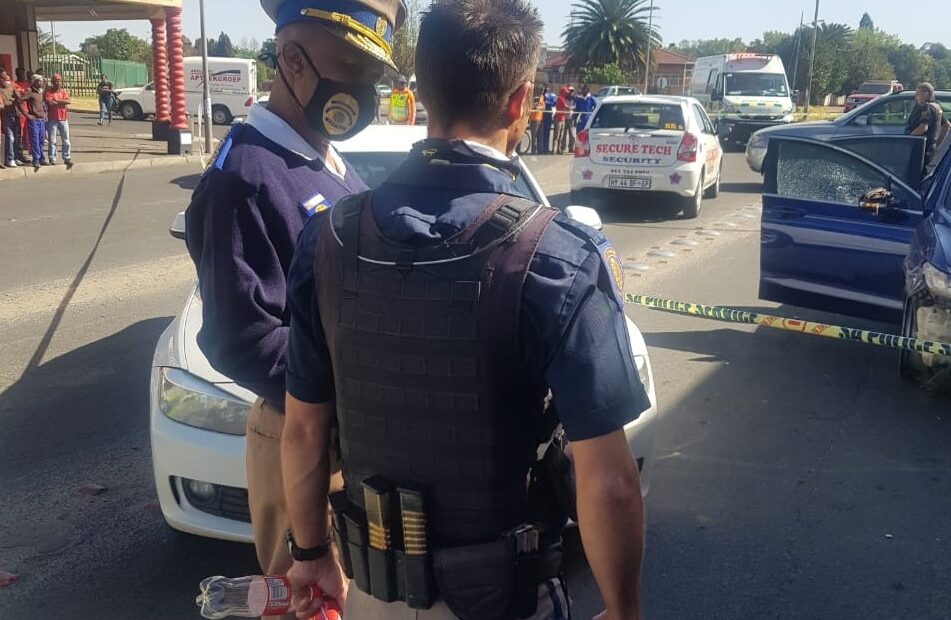 Four Alleged Robbers Injured After Shoot-Out with EMPD in Brakpan

According to EMPD Acting Chief Superintended Kobeli Mokheseng the suspected robbers were driving a vehicle stolen in Honeydew last year.

Mokheseng said the suspects sped off when they noticed an EMPD vehicle approaching them, and officers called for backup and a car chase ensued. The suspects’ vehicle lost control and crashed into a stationary vehicle at the corner of Voortrekker and End streets in Brakpan. Four male suspects between the ages of 37 and 42 alighted the vehicle and started shooting at the officers.

“Our highly trained members retaliated, injuring all four suspects, who were later transported to the nearest hospital under police guard for medical treatment due to slight injuries they sustained.”

“Upon investigation, a 9mm Z88 and the 38 special revolver with serial number filed off including 20 live rounds, four plasma television sets, jewelry and house appliances were uncovered at the suspects’ dwelling,” said Mokheseng.

He added that the EMPD Chief of Police Isaac Mapiyeye, who was in the area, also responded for support and recommended counselling to the affected officers.

They will appear in the Brakpan Magistrate’s Court as soon as they are declared medically fit.