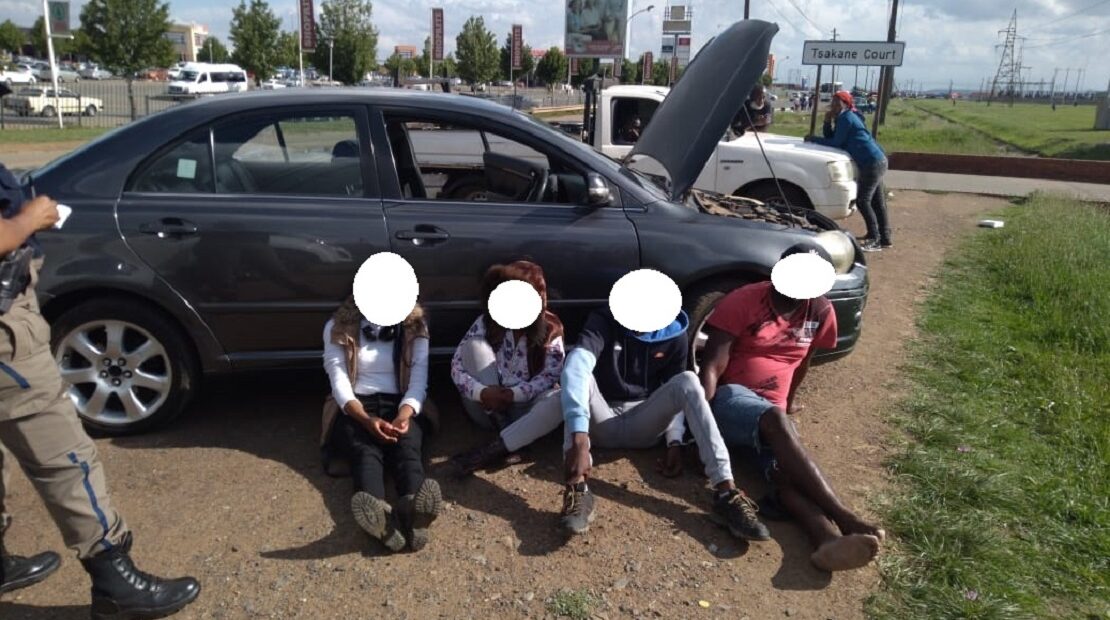 A couple flagged patrolling officers on Modjadji Street and cited that the charcoal Toyota, parked next to the Tsakane shopping mall, belongs to one of their relatives and was stolen recently.

According to EMPD Acting Spokesman Kobeli Mokheseng, officers responded promptly and surrounded the vehicle. Two male and two female occupants, between the ages of 25 and 37, were handcuffed after officers established that the number plates displayed did not correspond with the licence disk on the vehicle.

Mokheseng says the vehicle was reported hijacked from a female driver in Elsburg last month. The four face charges of possession of stolen motor vehicle and are expected to appear in the Tsakane Magistrate Court.

The recovered vehicle was impounded for safe keeping.