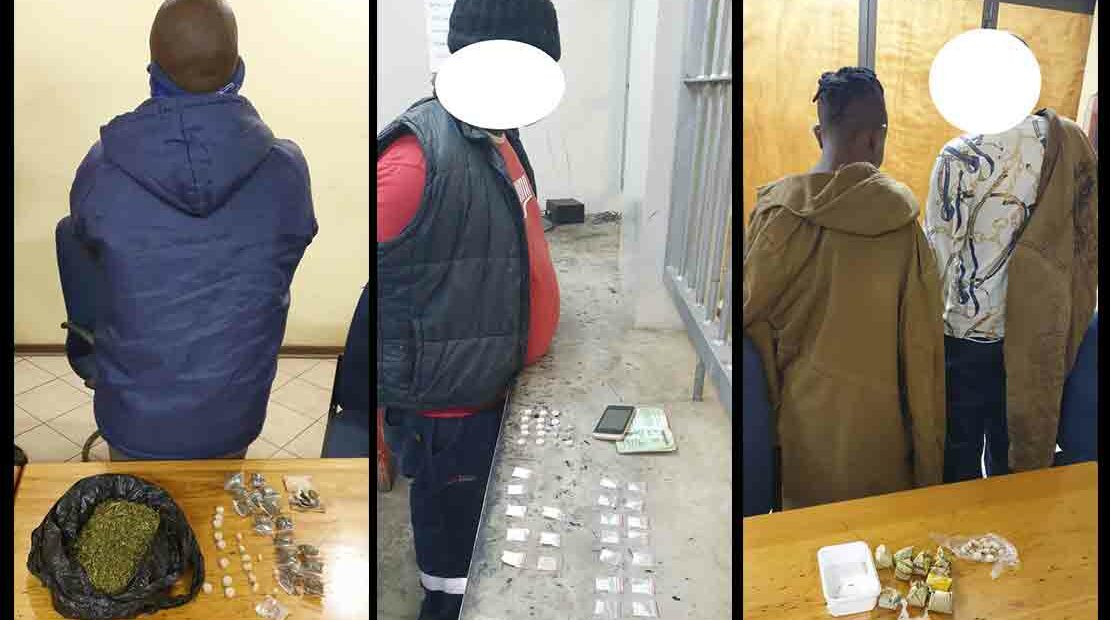 On the night of 25 March, officers arrested a suspicious 47-year-old man found on Phelandaba Street, Rondebult after officers uncovered 18 quarter, half and full mandrax tablets, 16 ziplocks of crystal meth, 8 ziplocks of khat and 1 cellphone valued at R7 300.

The suspect was detained at Elsburg police station.

According to EMPD Spokesperson Kobeli Mokheseng, between 23h10 and just after midnight officers arrested three suspects on 26 March in Thokoza.

Mokheseng says suspects who are 27, 29 and 32-years of age, were frisked and officers uncovered and confiscated 38 quarter, half and full with a crushed ziplock of mandrax tablets, 10 paper wrapped, 15 ziplocks and 1x plastic bag of dagga valued at R6 500 and R156 cash, believed to be earnings collected unlawfully.

The trio facing charges of possession and possible dealing in illicit substance were detained at the Thokoza police station.

The detained foursome is expected to appear in the Germiston and Palmridge Magistrate’s Courts soon.