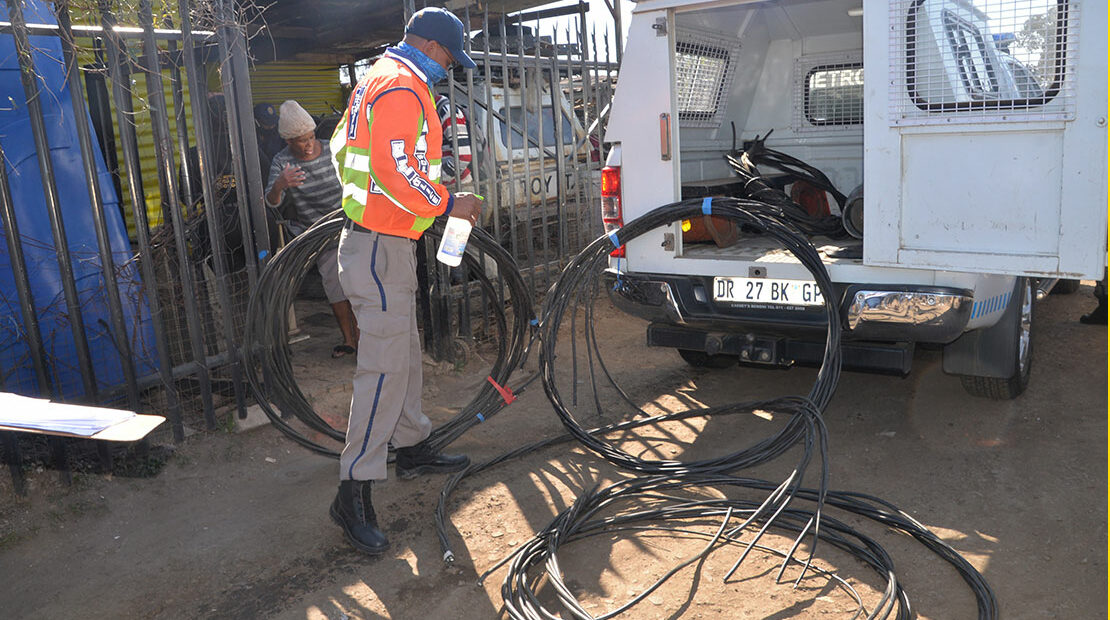 The continuous theft of electric cables is spiralling out of control in the city, thus crippling the stable supply of electricity to its residents.

On Tuesday, 23 June, while distributing food parcels, Executive Mayor Cllr Mzwandile Masina together with Member of the Mayoral Committer (MMC) for Community Services Cllr Nomadlozi Nkosi, stumbled upon tonnes of stolen electrical cables in one of the houses at Emkhancwa informal settlement near Brakpan.

One suspect was apprehended for cable theft.

What irked the mayor and team is that the suspect nabbed with the cables is a sub-contractor, contracted in the city’s Department of Energy.

Furthermore, members of the EMPD confiscated the cables found at Emkhancwa informal settlement and took them to Kwa-Thema police station to open a case of theft.

Mayor Masina condemned in the strongest terms the criminal acts of stealing the city’s electrical equipment.