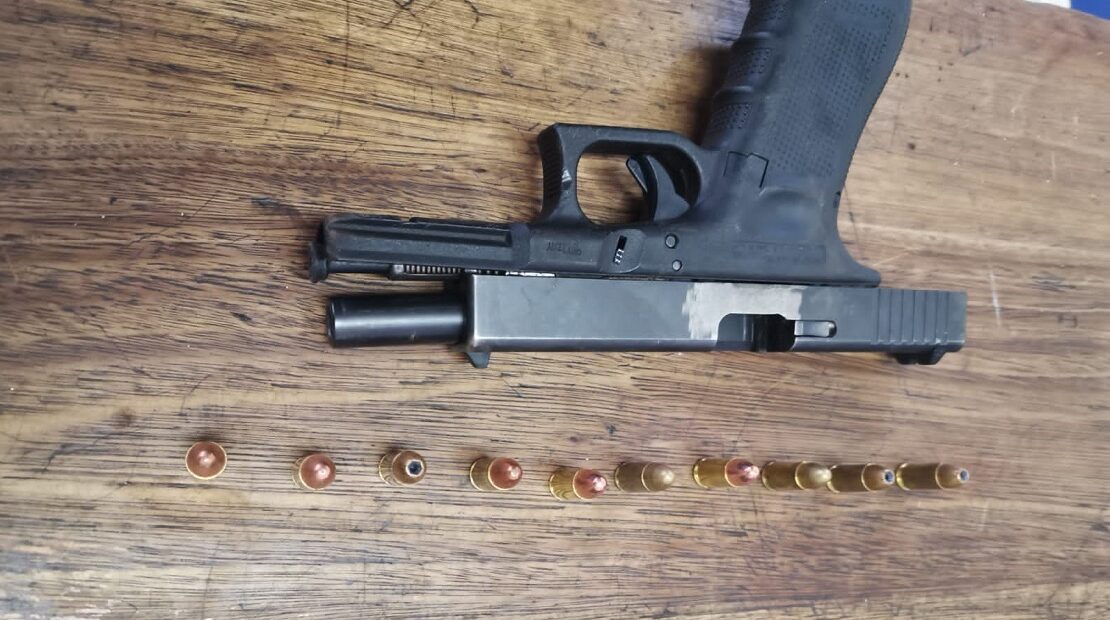 The Ekurhuleni Metropolitan Police Department (EMPD) in conjunction with the South African Police Services arrested a male suspect for being in possession of an unlicensed firearm with ammunition in Vosloorus on 21 November.

The 43-year-old male was cornered during a crime prevention operation in Khoza Street in Vosloorus.

According to EMPD Spokesperson Kobeli Mokheseng officers approached the man, and uncovered a 9mm Glock pistol with serial numbers tampered with, a magazine and 10 live rounds.

The lawbreaker facing charges of possession of unlicensed firearm and ammunition was escorted to Vosloorus Police Station.

As he was being processed at the charge office, it was found that he had previously been arrested for a similar offence.

At this stage it is not clear if he was granted bail from the previous case, however, the SAPS are investigating further.