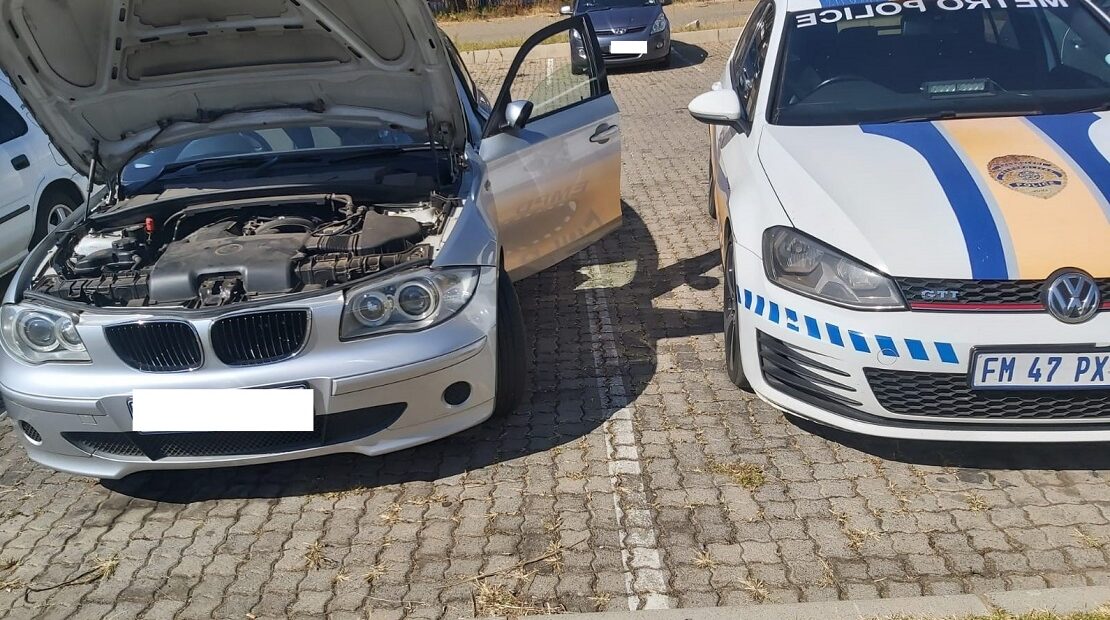 Ekurhuleni Metropolitan Police Department (EMPD) impounded an unlawfully registered and licenced vehicle in Benoni on 5 May.

Members of the EMPD, while on foot patrol and monitoring queues at SASSA building in Alston Road, noticed a suspicious-looking parked silver BMW 1 series with a faded colour licence disc displayed on the front windscreen.

According to EMPD Spokesperson Kobeli Mokheseng, the empty vehicle was missing the VIN number that is expected to be visible on the bottom right front windscreen. On investigation, no details on the vehicle could be found.

Mokheseng said that while officers were busy with the verification process two pedestrians, a 35-year old female and an elderly woman, approached and informed officers that the vehicle belonged to them and was recently purchased in Durban, Kwa-Zulu Natal for R80 000.

“After investigations, BMW South Africa, South African Police Services and Interpol were contacted and it was discovered that the vehicle originates from Germany and was registered in Japan, before being shipped to Durban without official and necessary supporting documents. Somehow in Durban, it was registered and licensed unlawfully because the engine number displayed on the licence disc doesn’t correspond with the engraved number on the engine block,” explained Mokheseng.

The BMW was impounded and the SAPS are investigating further.