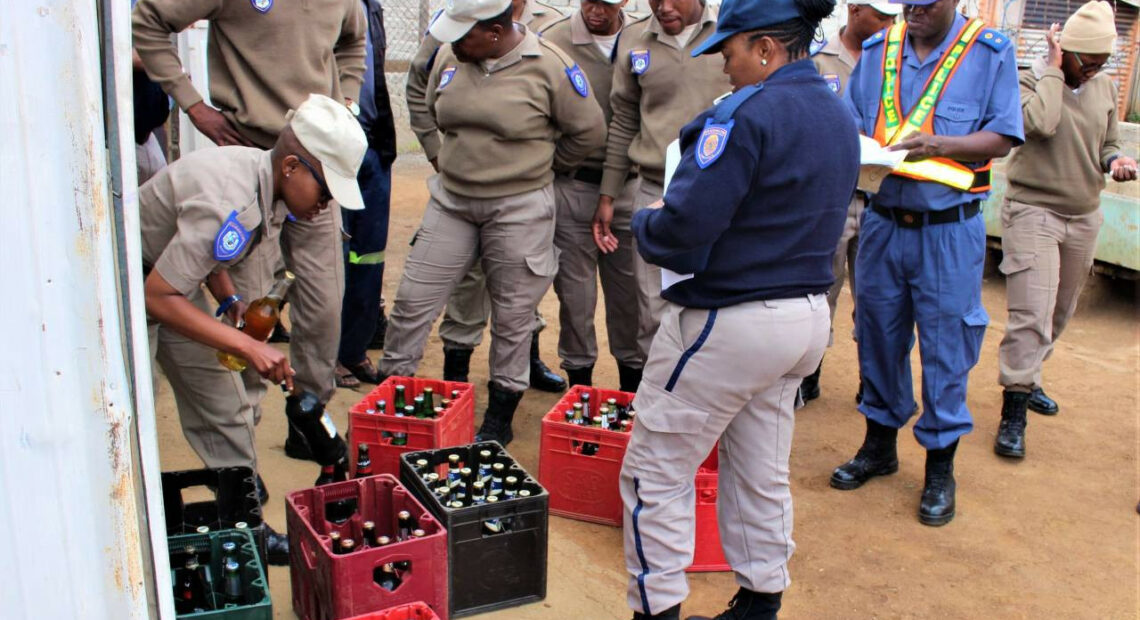 Several illegal shebeens were shut down, expired foodstuffs, cigarettes confiscated and six people were arrested on Friday (2 November) between 9am and 2pm in a joint operation with EMPD and SAPS, led by MMC for Community Safety Cllr Vivienne Chauke, the teams blitzed Barcelona, a semi-informal settlement near Daveyton.

“Operation Buya Mthetho is a multi-departmental operation launched in February 2018 with the purpose of focusing on those contravening the City of Ekurhuleni bylaws, which include illegal electricity connections and taverns operating without valid licences,” said MMC Chauke.

Since the start of this operation a number of arrests have been made, illegal connections disconnected and expired foodstuffs worth thousands of rands in the weekly operations to ensure that the rule of law is brought back to the City.

All seized goods were taken to the EMPD Springs precinct storage facility and the six arrested undocumented persons were detained at Etwatwa Police Station.