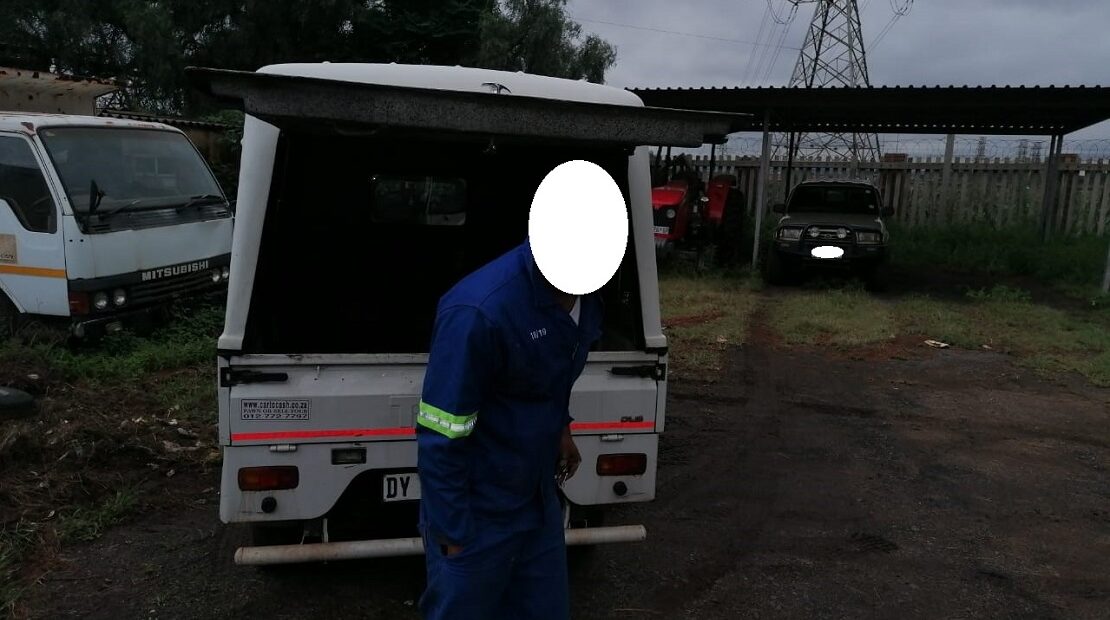 A municipal employee was arrested by the Ekurhuleni Metropolitan Police Department (EMPD) and stolen items were recovered on Wednesday, 3 February, in Vosloorus.

The 26-year old male was apprehended in Moagi Street inside the Parks department’s yard   by the EMPD crime fighting unit for allegedly stealing two trailer wheels with tyres valued at R12 000.

According to EMPD Acting Spokesperson Kobeli Mokheseng said the site manager who was monitoring CCTV cameras noticed two staff members who were tasked to cut grass at the Vosloorus Stadium, loosening wheels of a parked one-ton trailer registered under the City‘s Parks department.

“The manager immediately notified the EMPD and the two were cornered. One suspect managed to flee on foot,” Mokheseng said.

The arrested man faces charges of theft and tampering with municipal property and the vehicle used was also confiscated and taken to the EMPD yard for safe keeping.  The hunt is on for the one who got away.

The detained suspect is expected to appear in the Vosloorus Magistrate’s Court soon.