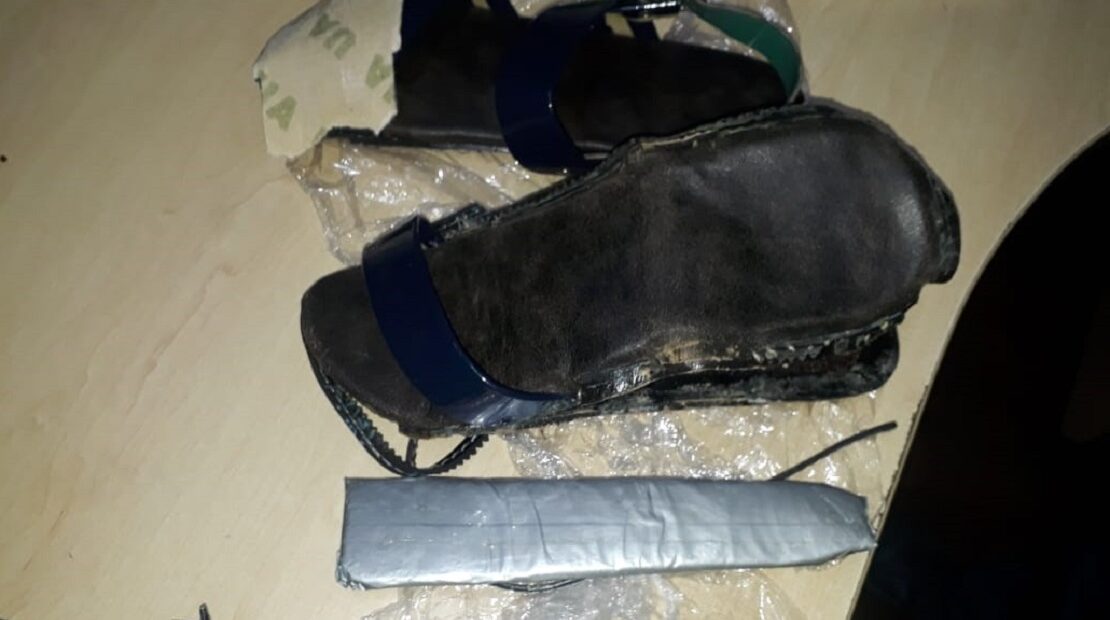 Narcotics worth R100k Uncovered in Soles of Shoes

Sniffer dogs aided members of the Ekurhuleni Metropolitan Police Department (EMPD) to arrest a female suspect who concealed narcotics inside the soles of packaged shoes in Elandsfontein on 11 May.

The arrest occurred at a well-known courier company after EMPD responded to a call about a suspicious looking package destined for the Netherlands.

“On arrival, the under guard shaky, perspiring and nervous 28-year-old woman carrying a box of shoes alleged that she was a messenger residing in the City of Johannesburg. She was handcuffed after sniffer dogs, trained to detect narcotics, exposed four silver packets made from duct tape containing heroin stashed inside a pair of navy blue lady’s sandals. The narcotics uncovered inside the box of shoes are valued at R100 000,” said EMPD Spokesperson Kobeli Mokheseng.

Mokheseng added that the narcotics were seized and the suspect facing charges of possession and possible dealing in illicit substance was detained at Bedfordview police station.

The South African Police Service (SAPS) Specialised Task Team is investigating the origin of the camouflaged pair of shoes, since it was established that the suspect is a regular at the courier service company.