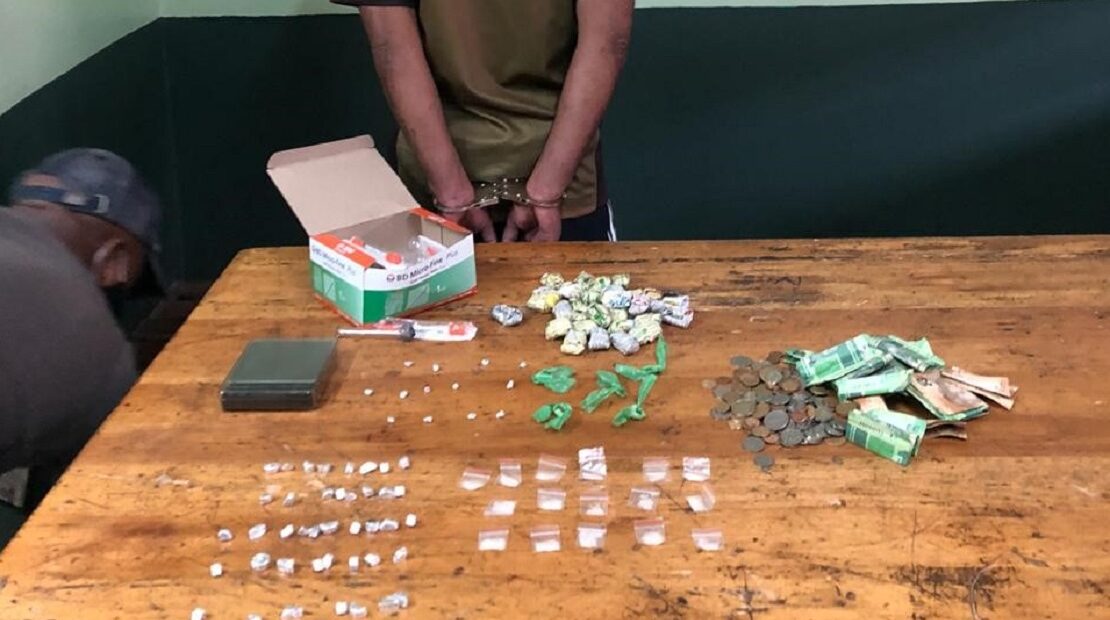 Possible Drug Dealers Caught With Narcotics in Germiston and Primrose

The Ekurhuleni Metro Police Department (EMPD) Drug Enforcement Unit arrested five male offenders, who had in their possession a cocktail of narcotics, in Dukathole and Marathon informal settlements on 17 November.

Meanwhile, in Primrose four outlaws aged between 24 and 35 were apprehended at Johann Rissik Road by the EMPD Anti-Drug Squad after two Ziploc bags of rock substance, 19 knotted plastics of nyaope, eight pokes with 26 Ziploc bags of dagga valued all valued at R2 080 were found in their possession. They also had R200 in cash with them.

According to EMPD Acting Spokesperson Kobeli Mokheseng, the quartet was detained at Primrose police station.

All five face charges of possession and possible dealing in illicit substances and are expected to appear in the Germiston Magistrate’s Court soon.