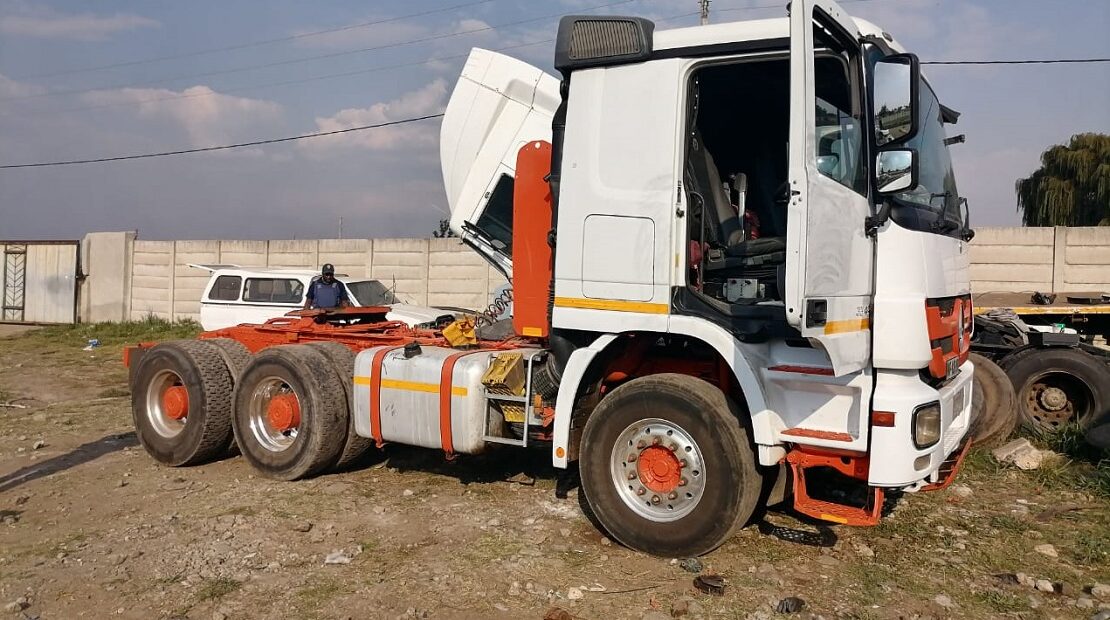 Eight male suspects were arrested on Thursday, 22 April, and a reported robbed/hijacked heavy motor vehicle and semi-trailer recovered in Putfontein during crime operations by the EMPD.

At 07h30, eye hawked Metro police officers were stopped by concerned members of the community about suspected shady characters with suspicious motor vehicles frequenting one of the nearby plots at odd hours of the morning.

The EMPD members immediately responded and visited the plot on De Wet Street where eight motor mechanics working on a number of trucks were cornered and handcuffed. The Bromberg precinct officers, along with a motor vehicle tracking company, found a white Mercedes Benz truck tractor (horse) and the semi-trailer among the 15 vehicles parked in the yard reported robbed/hijacked early this year in Delmas and Olifantsfontein areas.

The arrested eight are Zimbabwe and Mozambique nationals, who now face charges of possession of robbed/hijacked motor vehicles, and were marched to Putfontein police station. Their immigration status has been put under the microscope by SAPS.

They will appear in the Benoni Magistrate’s Court shortly.