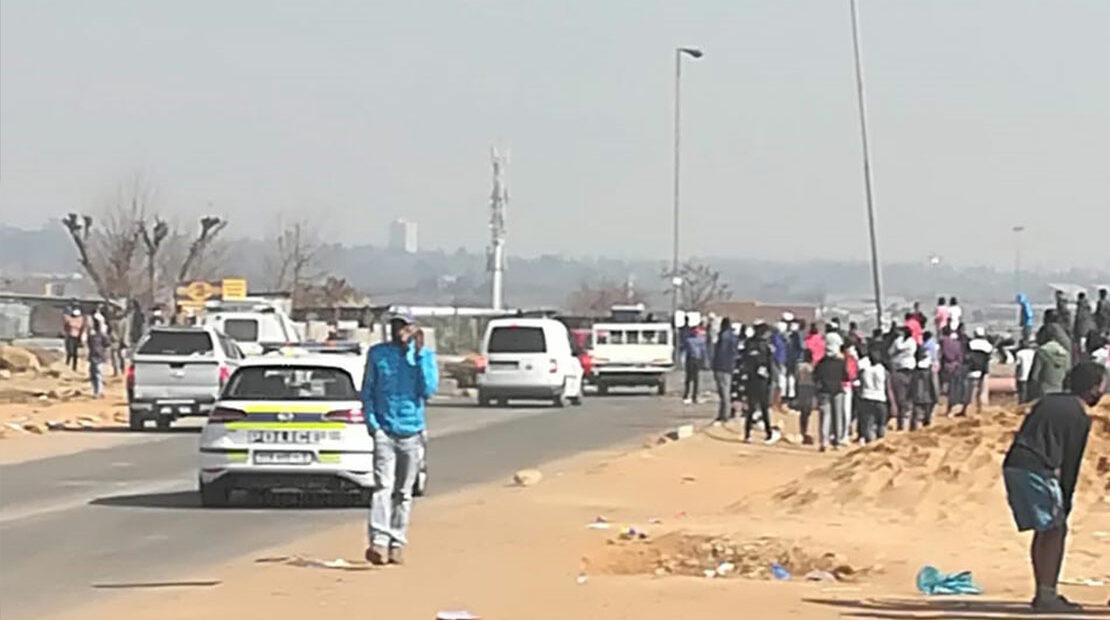 WARNING: The following content may contain elements that are not suitable for sensive viewers. Viewer discretion is advised.

Residents of Ramaphosa informal settlement went on a rampage destroying property and barricading roads on Friday, 24 July, during a protest against electricity power outages, which the City is struggling to control due to illegal connections and cable theft.

Members of the Ekurhuleni Metropolitan Police Department were stopped in their path to restore order; instead they were assaulted by the uncompromising residents, and two sustaining head injuries.  Another officer was held hostage by the community residents, but was later released.

Six suspects, between the ages of 25 and 33, were arrested for public violence, kidnapping, attempted murder and malicious damage to property.