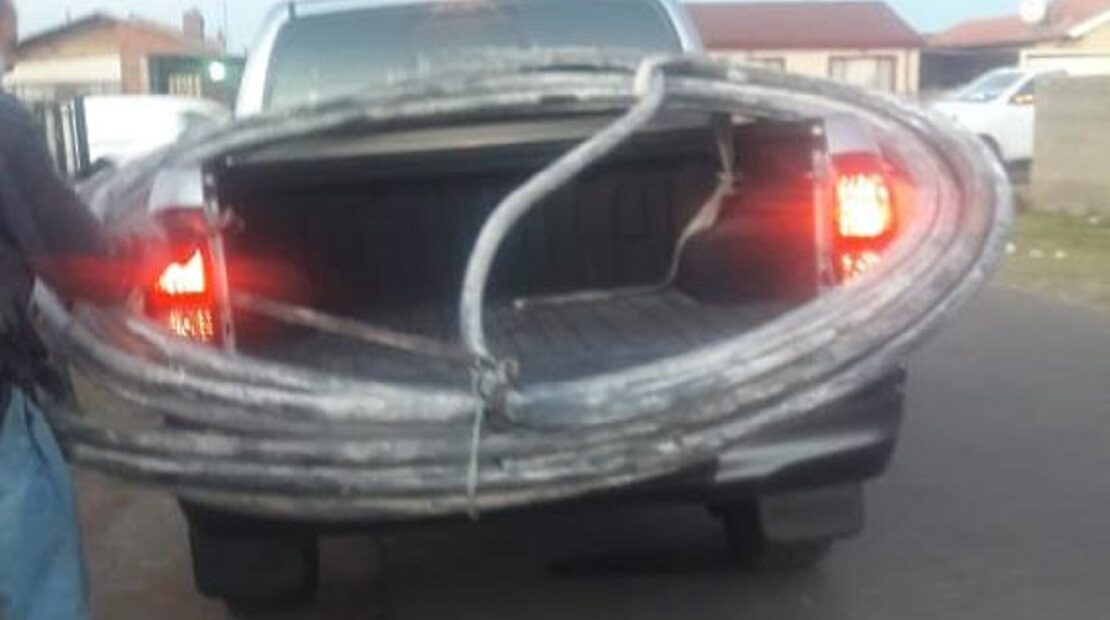 Security personnel contracted to the City have arrested two men for cable theft and vandalism of essential infrastructure on Friday morning. The security personal were doing their routine patrols when they accosted the two men who were cutting and stealing streetlight copper cables on Tonk Meter Road in Springs.

The trench dug by suspects measured 2 meters long, 90 centimetres deep and 50 centimetres wide. The trench was dug using a shovel, pickaxe and a knife.

Both suspects were detained at the Dunnotor police station and investigators opened a case of theft and vandalism.