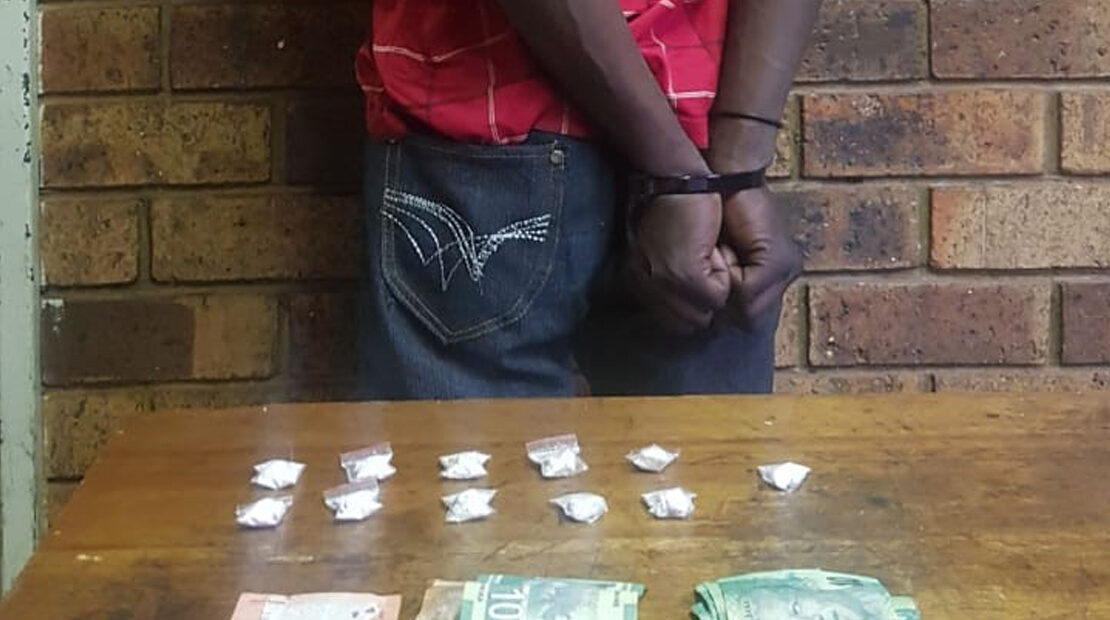 Suspect Nabbed for Dealing in Khat

Acting on a tip off from a reliable source, members of the Ekurhuleni Metropolitan Police Department (EMPD) Drug Enforcement Unit targeted a house in Katlehong at 10h30, on Ntanga Street, confiscating the drug known as khat.

This happened on 11 February, when the 31-year old male suspect was found in possession of 11 ziplocks of khat, valued at R2 200 and R190 in cash. He was taken to Katlehong police station and charged with possession and dealing in illicit substance.

He will appear in the Palmridge Magistrates’ Court soon.

Caption: The handcuffed suspect and confiscated narcotics and cash.