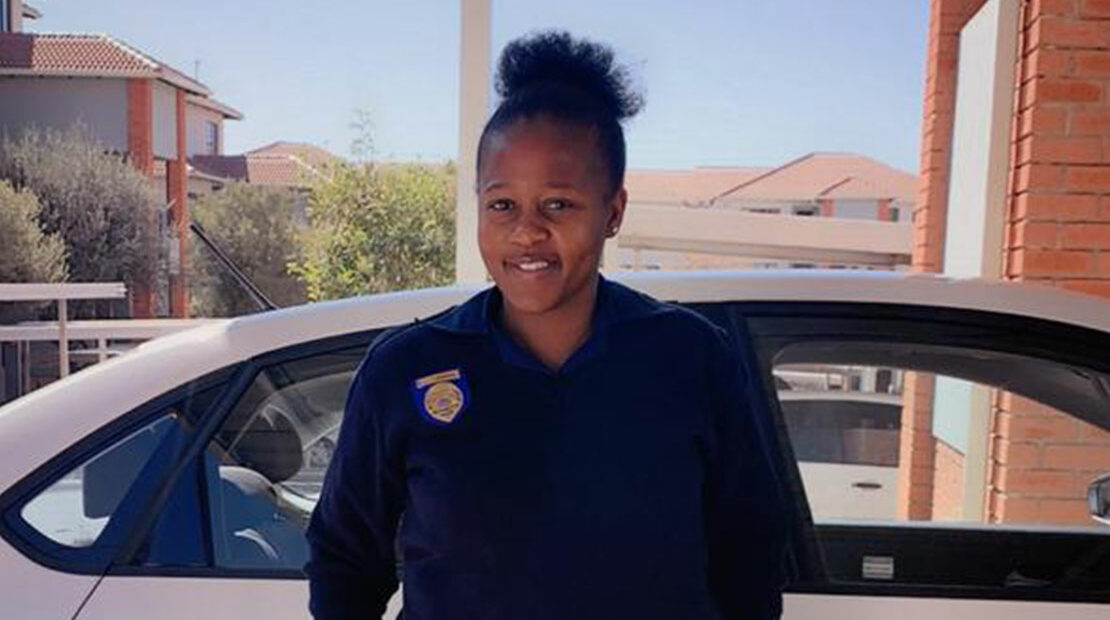 Media Liaison Officer for the Ekurhuleni Metropolitan Police Department (EMPD) Constable Thabiso Makgato has been with the department for 11 years, standing tall among her male counterparts. She shares her experience in working in a male dominated space and what Women’s Month, celebrated in August, means to her.

What is you rank?

Constable, and I am a Media Liaison Officer for the EMPD. As a media officer I do traffic updates, traffic reports, collect information from media houses, process media enquiries, attend to accident scenes, drugs busts and generate media releases based on the successes.

Why did you choose to be an EMPD officer?

To play a role in the aspect of safety and effectively contribute in the fight against crime. My mission is to render a service to benefit the people of the City of Ekurhuleni.

What is your motto in life?

“Never build yourself up by tearing someone down”.

Describe yourself in three words?

How long have you been an officer and how does it feel to work in a male dominated field?

I am proud to say – 11 years of uninterrupted service!

There are plenty of opportunities for women to grow and develop themselves; it is also an environment where the bar has been set by men and we, as women, must catch up. Women succumb to stereotype-driven expectations. There are powerful women in senior positions who are role models and endorse the notion that women are exceptional leaders.

What impact do you think women’s right to vote had on our country?

It has enabled women to feel that their presence is been legitimized; to achieve necessary changes that women longed to see and to be part of. Women have managed to balance “work-life” and to combine parenthood with careers, whereas in the past women were considered to “raise children” and their place was in the “kitchen”. Democracy has diminished gender inequality, with more women occupying top managerial positions.

What barriers or obstacles did you have to overcome to become an officer?

I just had to work hard to obtain my academic qualifications.

How do you conquer your fears?

By facing them head-on, because fear is an illusion of the unknown.

What do you like most about being an officer?

The flexibility and opportunities that come in an environment that has been predominantly male dominated.

What does Women’s Month mean to you?

Women’s month is an opportunity to celebrate and reflect on women’s achievements, as well as the problems they have faced and struggles to be free and, most importantly, the roles they play in society.

Which region you are deployed in?

In the Northern Region.

What advice do you have for women who want to pursue a similar career path as you?

Women have what it takes to succeed in any organisation dominated by males. We can thrive by connecting with fellow female mentors. Women can, and should, make their voices heard and overlook gender inequality that exist within any organisations they choose to work in.