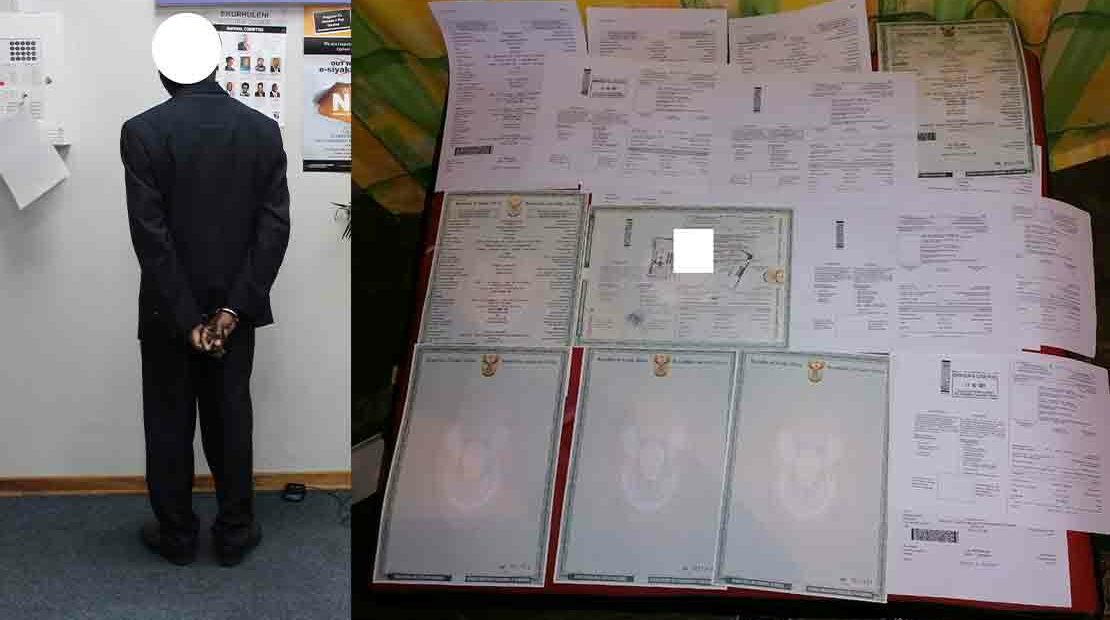 The EMPD Arrest Two For Fraud And Corruption

Ekurhuleni Metropolitan Police Department (EMPD) arrested corrupt security personnel and his accomplice for possession of stolen official government documents in Kempton and Thembisa on 25 and 26 March.

50-year-old security personnel employed by the safety company, contracted to the City of Ekurhuleni (CoE), was arrested on duty after a member of the public produced a reported robbed official document at the Licensing Department in Kempton Park.

According to EMPD Spokesperson Kobeli Mokheseng, a member of the public walked-in at the Licensing department help desk to renew his outstanding motor-vehicle license disk. As soon as cashiers picked up a serial number, tagged on the official duplicate, they summoned the nearby EMPD officers.

The cooperative customer walked the EMPD officers next door, to the on-duty security personnel and alleged that he paid him (security officer) R5 000 three weeks, prior after explaining to him that, he lost his original motor vehicle registration certificate and it has expired already.

“The arrested private security officer detained at the Kempton Park police station, led the EMPD officers to a house in Thembisa at 2 am, where a 37-year-old found with 10x certified face value documents destined for the licensing departments, 5x counterfeit license disc renewals documents and 3x forged temporary learners license documents, was arrested at Mthambeka section on 26 March,” says Mokheseng.

The suspect was detained at the Thembisa police station.

Both suspects facing charges of possession of robbed official documents, fraud and corruption appeared in the Kempton Park and Thembisa Magistrate’s Court on March 26 respectively.

The customer got away with a strong verbal warning.