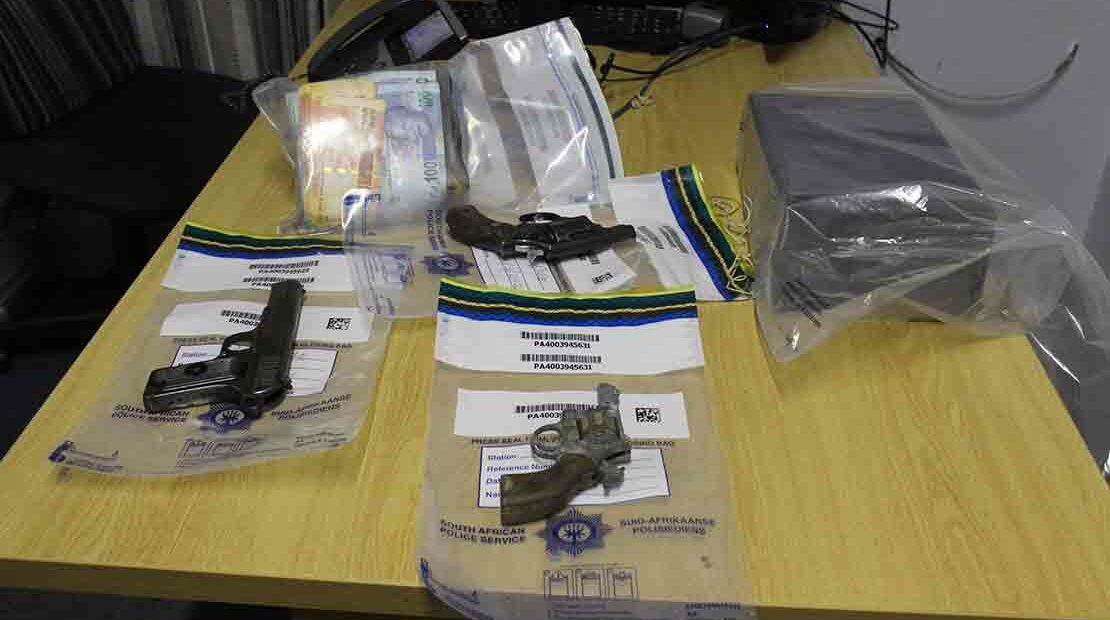 The EMPD Arrests A Firearm Brandisher And Confiscate More Than R110k

A tip-off of a firearms brandisher leads Ekurhuleni Metropolitan Police Department (EMPD) to his arrest after an officer found unregistered firearms and cash in Primrose on 30 March.

Concerned members of the community stopped patrolling EMPD Officers on Pretoria Road and tipped them off about a shack dweller, who sometimes brandish different firearms.

suspected to be unregistered.

According to EMPD Spokesperson Kobeli Mokheseng, officers responded to a shack at Makause informal settlement.

A 48-year-old male found next to the shack in question claimed to be the owner, was searched and a 0.22 Olympic revolver was found.

“The cooperative suspect welcomed officers in his shack where upon searching for ammunition, a Taurus 38 special revolver and a 9mm Star pistol with serial numbers filed off were uncovered between matrasses. Officers noticed a loose safe (not mounted), they requested the owner to opened it and uncovered cash amounting to R111 700 which the unemployed suspect alleged that it was his savings,” says Mokheseng.

The suspect facing charges of ‘possession of unlicensed firearms’ was detained at Primrose police station and the South African Police Service (SAPS) Detective section is investigating the origin of the money and additional charges in relation to keeping a large sum of cash within the premises is being considered.

The suspect is expected to appear in the Germiston Magistrate’s Court shortly.