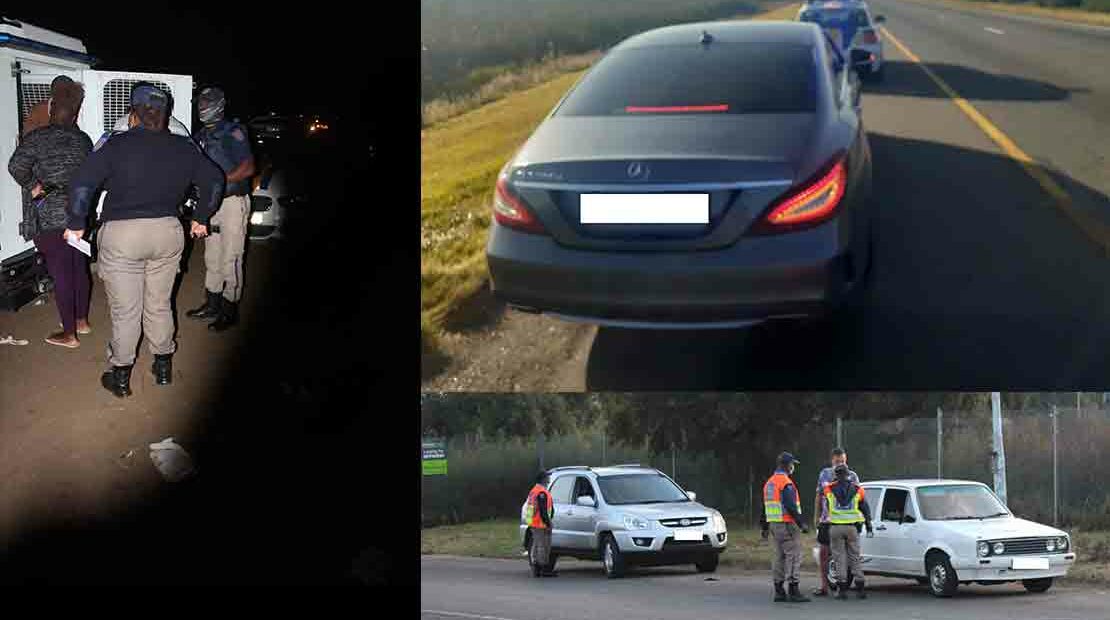 Between 2 and 3 April in Alberton, Boksburg and Germiston the Ekurhuleni Metropolitan Police Department (EMPD) issued traffic fines to lawbreakers, impounded a runaway motor vehicle and arrested intoxicated drivers including one for excessive speeding.

The EMPD staged roving roadblocks on 03 April in Boksburg, Germiston and Wadeville where 32 alleged intoxicated drivers between the ages of (29) and (50), were tested for sobriety using portable breathalyzers and detained at Boksburg, Elsburg and Germiston police stations.

Charges of ‘driving while under the influence of alcohol’ were leveled against them.

According to EMPD Spokesperson two taverns in Dawn Park and Elsburg operating after 11pm, were instructed to shut down.

Mokheseng says officers chased a blue Mercedes Benz motorist who failed to stop at the roadblock on Osborn Road when instructed to halt the vehicle. Officers caught up with the motorist in Buhle Park phase 2.

“The driver stopped the vehicle in the middle of a roadway, alighted and showed EMPD

Officers, a clean pair of shoes. The vehicle was impounded to EMPD’s yard, in Alberton for safekeeping. It is not clear at this stage, why the driver ran and EMPD members are investigating,” says Mokheseng.

In Alberton the EMPD officers monitoring the N3 freeway direction south by Grey avenue which is zoned 120km/h, arrested a 27-year-old male motorist for clocking 203km/h instead of 120km/h. The speedster facing charges of reckless and negligent driving was detained at Alberton police station on 3 April.

Mokheseng added that the EMPD officers conducted a crime awareness drive, during the Easter holidays, they visited shopping malls, taxi ranks, parks and Lakes in Benoni, Springs and Kwa-Thema dishing out pamphlets about domestic violence to community members.

All the 33 detained suspects are expected to appear in the Boksburg, Palmridge and Germiston Magistrate’s Court soon.

This is an ongoing operation.