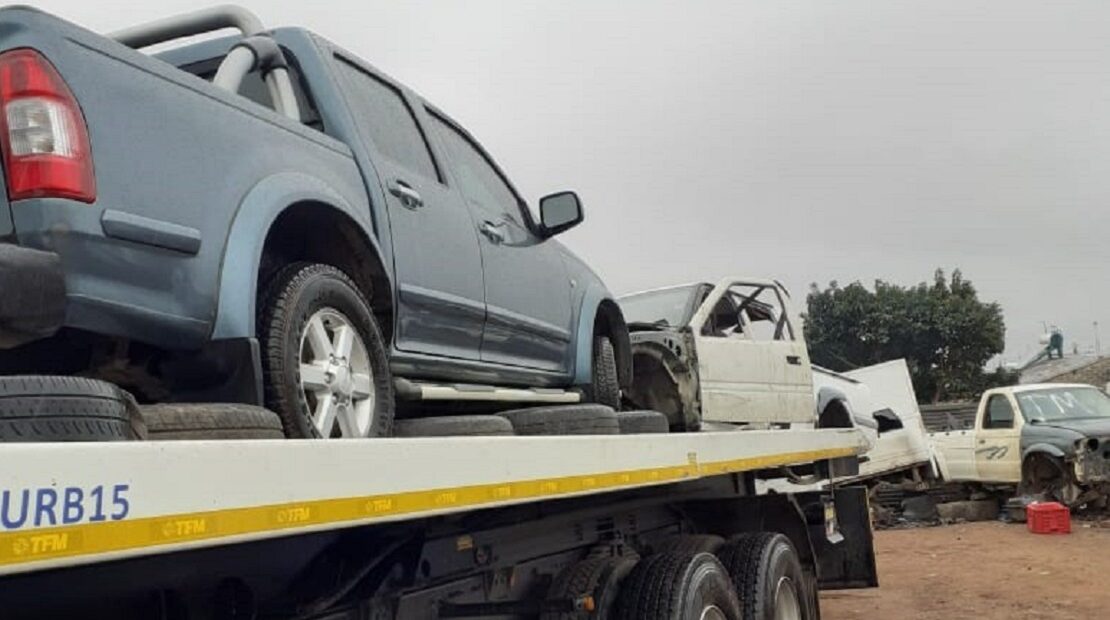 The recovered vehicles, which had on false registration/number plates, were impounded to Van Ryn’s Deep in Benoni (police yard) for further investigations.

“In one of the scrapyards officers recovered a white Isuzu single cab that was reported stolen in Mamelodi early this month. Also found was a white single cab half stripped Isuzu bakkie.

“As the crime combating team were leaving the scrapyards, they noticed a suspicious-looking green Isuzu double cab, parked at the nearby car wash. The male occupant on the driver’s seat pretended to be on a cellular phone call and bolted when he saw the law enforcers approaching,” Mokheseng said.

He added that investigations revealed that the Isuzu double cab was reportedly hijacked in Silverton sometime in September.

Arrests are imminent and SAPS forensic tests are underway.