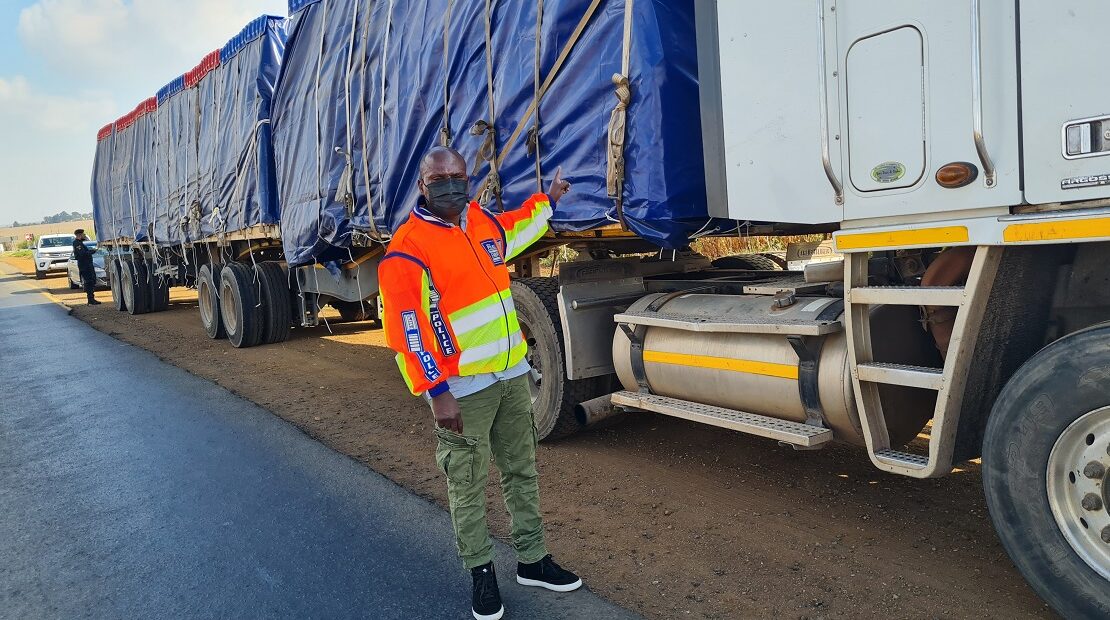 The South African Police Service`s (SAPS) Crime Intelligence Services in conjunction with that of the Ekurhuleni`s Metropolitan Police made a staggering seizure of counterfeit Cigarettes worth millions of rands on the N12 Freeway over the past weekend.

Counterfeit and dangerous illicit cigarettes, which were being illegally transported into the country almost every month, were intercepted along the N12 Freeway near Etwatwa next to Daveyton off ramp to Springs.

The Member of the Mayoral Committee (MMC) responsible for Safety and Security in the City was one first officials to arrive on the scene of crime  on the day and  indicated that  the Public in general might underestimate what the Country`s Police do on daily basis. “ This kind of illegal trading puts so much strain on the Country`s Fiscals as the products that are satified and produced in the Country are not bought and risking the livelihood of our people in terms of job losses, this City will do everything in its power to protect its Citizens”.

According to a customs official who`was of the team that is looking into the matter and making sure that the perpetrators are brought to book, two people were arrested and evidence put in the place of safety for further investigations.