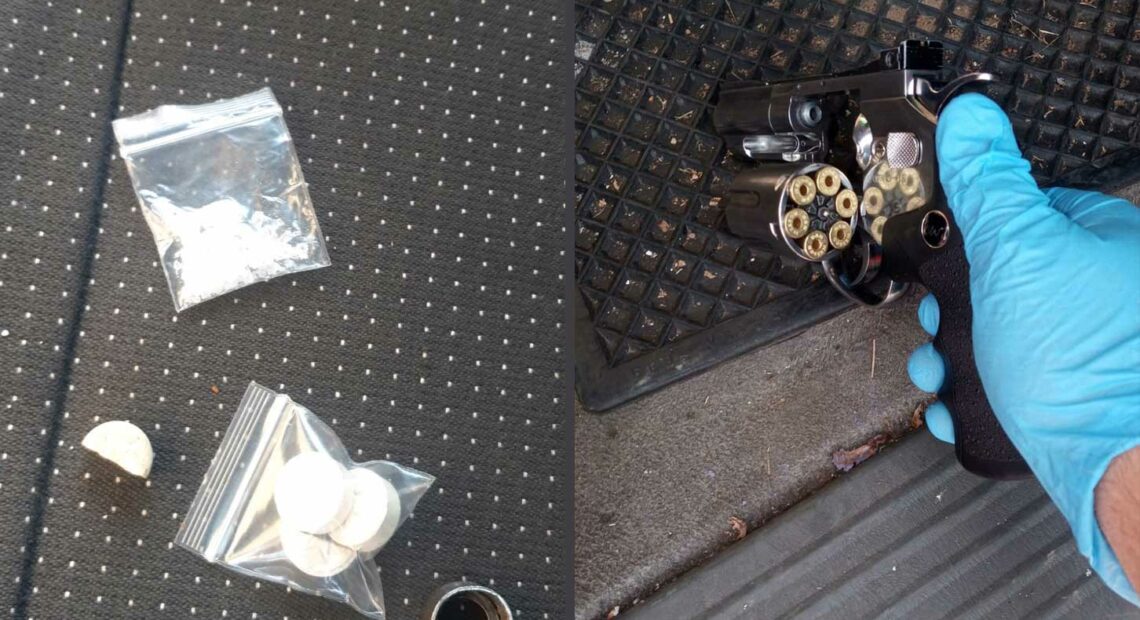 TRIO ARRESTED FOR POSSESSION OF DRUGS

In a joint operation with SSS Security #EMPD arrested three suspects for possession of drugs in Kempton Park on Saturday, 22 October 2022.

This followed a tip-off about a vehicle in a shopping centre parking lot suspected to be used in alleged drug dealings around Aston Manor.

On inspection, law enforcers seized a packet of mandrax and crystal meth as well as a toy gun.

The suspects, aged between 24 and 30, will appear in court soon.