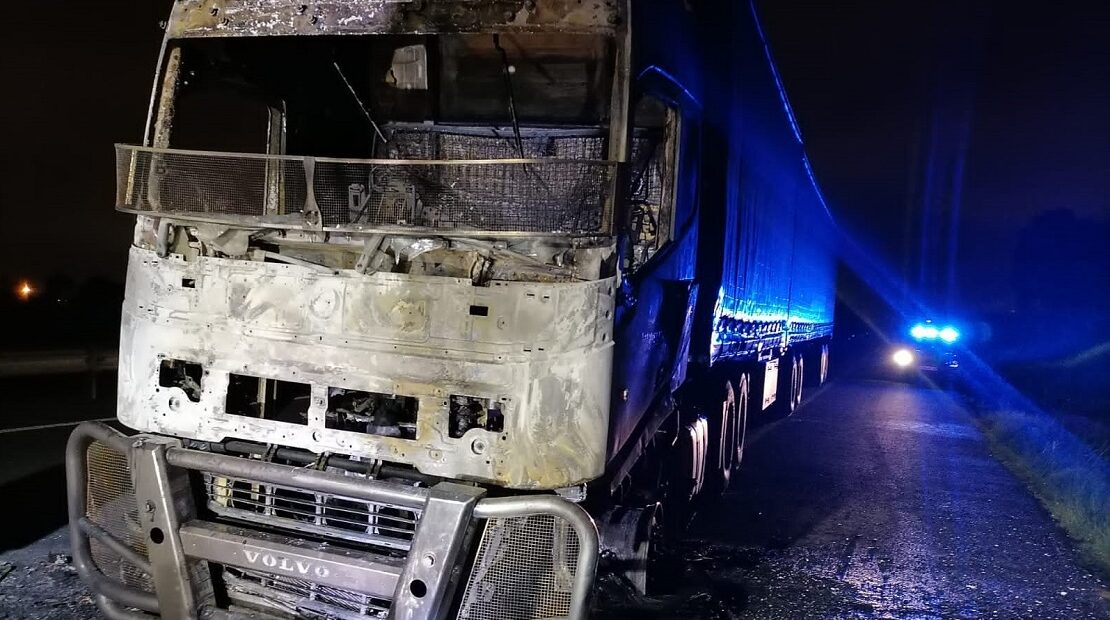 The Ekurhuleni Metropolitan Police Department (EMPD) and other law enforcement units secured a truck driver and goods in a possible truck ambush during a patrol on the N17 on 3 November.

The incident occurred on the N17 freeway, east just before the Ergo off-ramp at around 21h00. Acting Spokesperson for EMPD Kobeli Mokheseng said the truck, with two semi-trailers, was transporting beverages from Springs to Boksburg when it went up in flames.

“We suspect foul play as the unscathed but shaken driver alleged that there was a bang which felt like a thrown bottle coming from the nearby informal settlement known as Mkhancwa as he was driving. Then he saw flames from the left side of his truck,” he said.

“As he stopped on the side of the roadway, reaching for the fire extinguisher, the South African Police Service (SAPS) and EMPD members, who alerted the nearby fire station, were already securing the area to prevent a secondary incident or possible attack since there were recent reports of protest actions and stone throwing on passing motor vehicles in area,” says Mokheseng.

Mokheseng added that though the truck’s head was burnt beyond recognition, the fire department responded promptly and managed to salvage the two semi-trailers containing valuable goods.