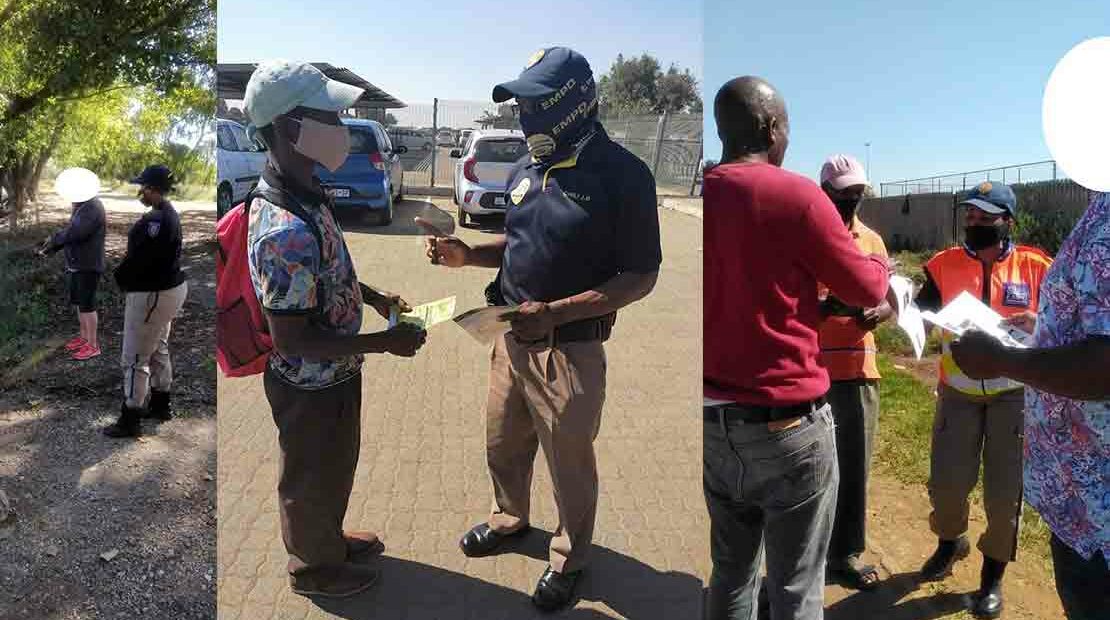 Officers in Dawn Park arrested 21 allegedly intoxicated motorists between 4pm and the morning of 5 April.

The drivers between the ages of 22 and 45 failed the sobriety test.

According to EMPD Spokesperson Kobeli Mokheseng, the operation was conducted on Hassink, R554 and Barry Marais roads. Taverns operating until late were visited at Elsburg, Groeneweider and Vosloorus where verbal warnings were issued.

All the arrested drivers facing charges of ‘driving while under the influence of alcohol’ were detained at Dawn Park police station.

Meanwhile, in Boksburg at the corner of Jones and Griffiths by Jet Park industrial site, the EMPD officers issued 48 citations to motorists for defects, failing to license and register a motor-vehicle, not in possession of a driver’s license and failing to wear a safety belt, amongst others.

The EMPD distribute pamphlets about crime awareness, domestic violence and substance abuse in parks, malls and Lakes to members of the communities in Duduza and Nigel on 5 April.

The 21 suspects are expected to appeared in the Vosloorus Magistrate’s Court soon.