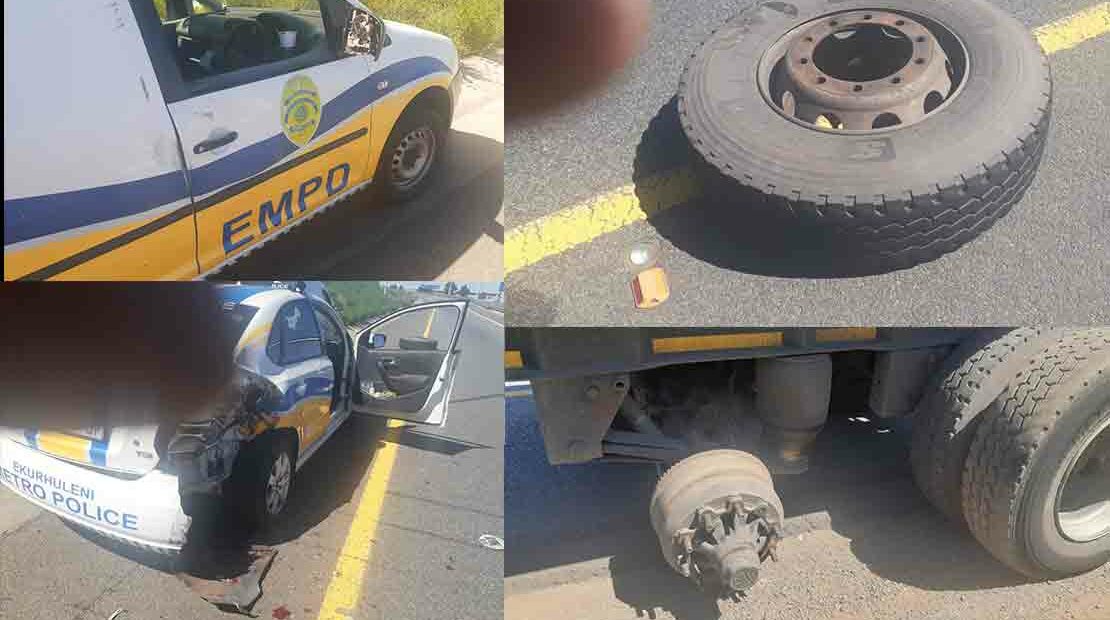 Officers monitoring the N12 freeway off-ramp in Meadowdale, zoned 120km/h, apprehended a 31-year-old driver, for clocking 175km/h. The driver claiming that he was rushing his mother to work in Soweto was detained at Bedfordview police station.

In Germiston three drivers who are 28, 29 and 52-years of age were arrested on the N3 by Rand Airport off-ramp for speeding. The trio registered 162, 164 and 176km/h, instead of 120km/h, they were detained at Germiston police station.

The EMPD Spokesperson Kobeli Mokheseng says while the officers were processing lawbreakers on that stretch of the freeway, an 18 wheeler (truck) traveling on the N3 freeway lost a wheel in one of its trailers, which rolled uncontrollably at high speed and crashed into the two stationary EMPD motor-vehicles damaging both vehicles.

Mokheseng adds that the truck driver was not aware of the ordeal and continued driving until he was flagged 3km away from the incident.

The arrested quartet facing charges of reckless and negligent driving are expected to appear in the Germiston Magistrate’s Court soon.