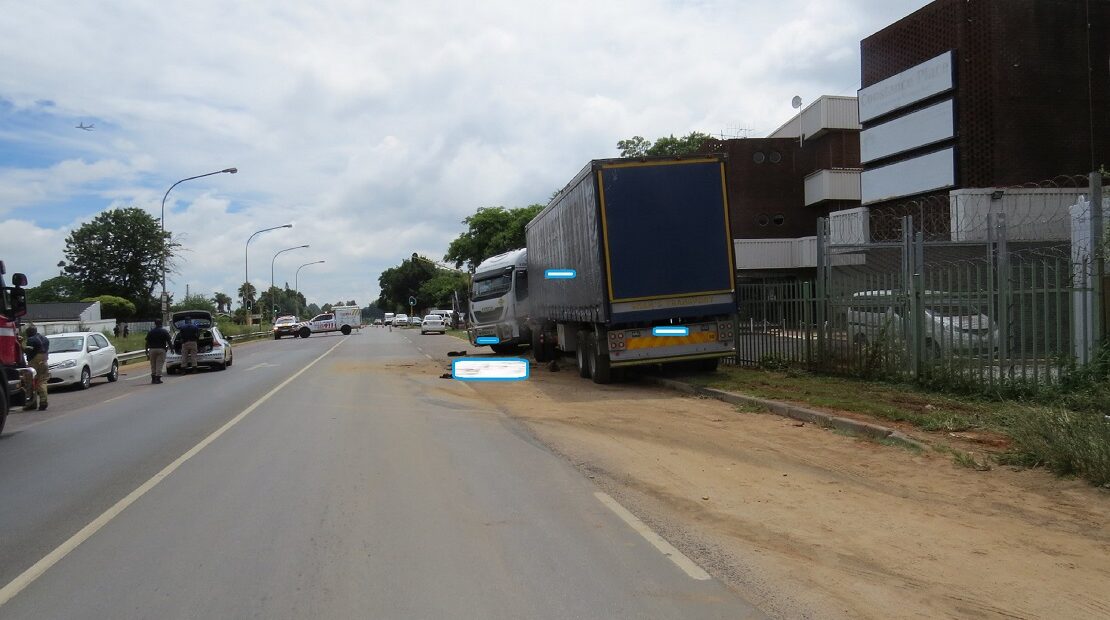 Two unknown female pedestrians were killed instantly by a truck at the intersection of Koedoe Avenue and P91 road in Birchleigh Kempton Park on Wednesday morning.

The City’s rescue team from Kempton fire station received the call at 09h36 and promptly responded to the scene.

On arrival to the scene, one motionless adult female patient was found lying under the truck while a second person was found lying on the pavement next to the trailer of the truck. They were both declared died by paramedics on scene.

The truck driver escaped with no injuries.

The actual course of the crash is still a subject of investigations by the City`s metro police department (EMPD) in conjunction with South African Police Services (SAPS).

The entire road “P91 road” had to be temporarily closed to clear the scene and conduct preliminary investigations.