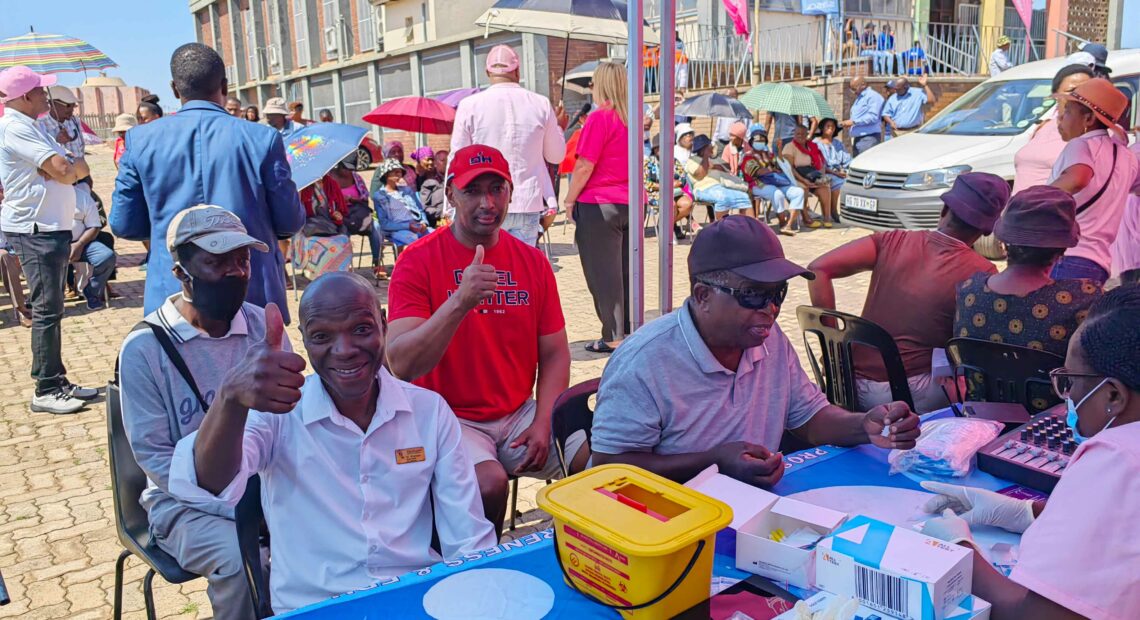 While the pink colour has been stereotypically associated with feminism for the longest time, the Pink Drive Cancer Awareness Campaign broke the stereotype by attracting menfolk who came to get screened for cancer on Monday, 21 November, at DH Williams Hall in Katlehong.

Speaking during the campaign, MMC for Health and Social Development Cllr Jennifer Glover said the partnership with Sasol is a start of a long-term relationship that will see the pink bus visiting all three regions of Ekurhuleni in an effort to reach as many people as possible.

“As a City, we want to save as many lives as possible and we need the support of strategic stakeholders in the private sector if we are to achieve this,” she said.

Health promoters were pleased that many men turned out for the prostate cancer test, and attributed the positive response to the simplified test method of a finger prick blood test known as the Prostate-Specific Antigen (PSA) test. The PSA test measures the amount of prostate-specific antigen (PSA) or abnormalities in one’s blood.

The symptoms and signs of prostate cancer may include:

The City encourages people who experience any of these symptoms and signs, to urgently seek medical attention.