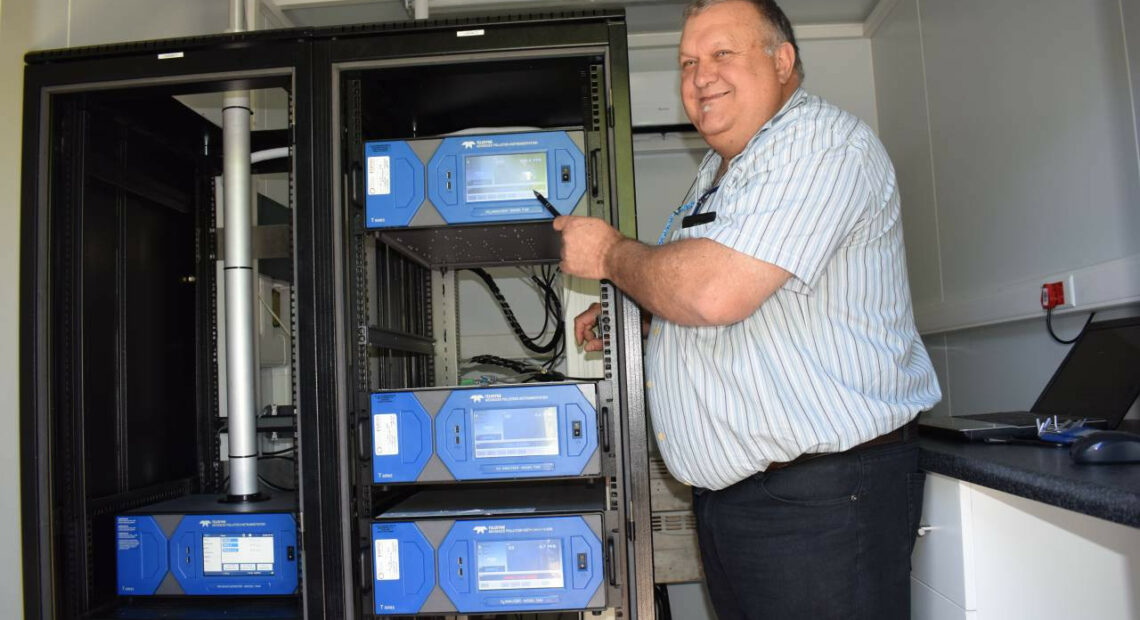 Ekurhuleni, being an industrial hub, has deployed Continuous Ambient Air Quality Monitoring Stations across the City to identify sources of potential harmful emissions.

The 10 strategically placed stations, including Bedfordview, Springs and Tembisa, follow results of a feasibility study that identified areas with high concentrations of air pollutant – such as industrial areas and those with high traffic congestion. These stations assess ambient air pollutant concentrations – information used to determine their impact on the environment, as well as the health impact on the community.

“The most harmful kind of air pollution is the ones we can’t see with the naked eye. Air pollution occurs if there is a change in the composition of the ambient air caused by smoke, dust, gases, fumes, aerosols and odorous substances which are harmful to the environment,” Marilli said.

Ambient air refers to any unconfined portion of the atmosphere or outdoor air. The atmosphere, or outdoor air, is made up of a mixture of gases such as nitrogen, oxygen, carbon dioxide, a small amount of argon and other gases. The stations monitor pollutants that interfere with acceptable levels of compositions of the atmospheric air – air quality practitioners intervene whenever an alarming pollutant source is detected from the system.

Burning of waste is also an underappreciated source of air pollutants, explains Marilli, as the most dangerous emissions can be caused by burning rubble. When waste is burnt, harmful quantities of dioxins, a group of highly toxic chemicals, are emitted. Dioxins are the most toxic pollutant to human organisms, he said.

Where industries are identified as sources of air pollutions, they are visited by practitioners to evaluate compliance with the Air Quality Standards which prescribe the acceptable level of pollutants that cannot be exceeded during a given time in a defined area.

The community can get involved by reporting any air pollution or odour problems in their area to: