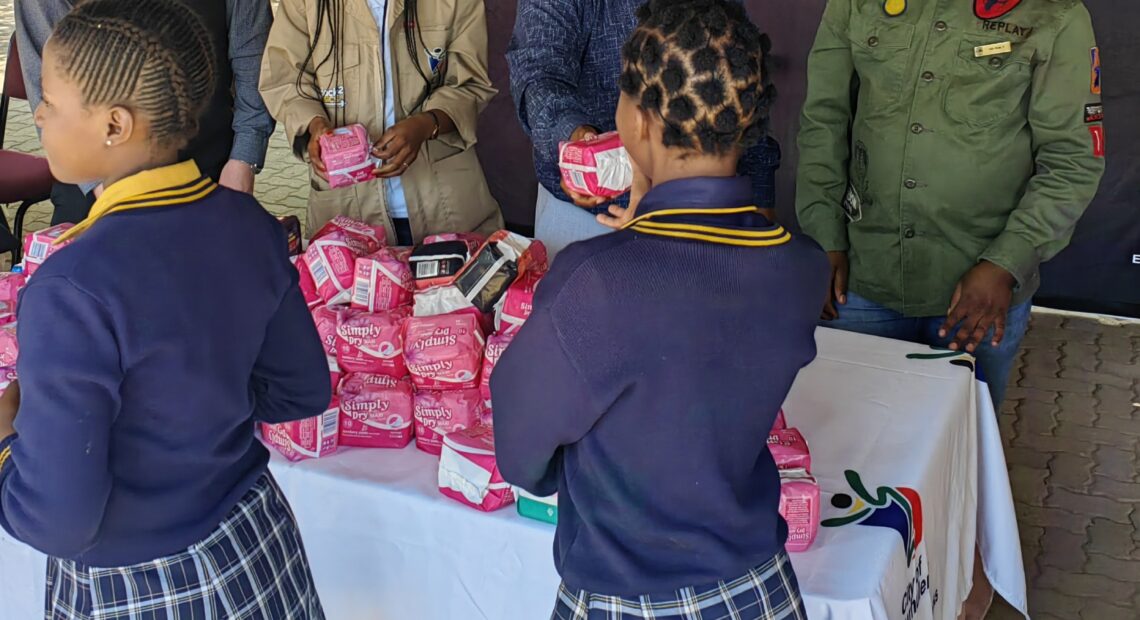 The donation forms part of the City’s broader social and economic regeneration programme.

Speaking at the event MMC for Health and Social Services Cllr Bakang Lethoko reminded the audience, which was mainly the learners, that according to the United Nations Children’s Fund (UNICEF) an estimated 3 out of 10 girls miss school because of menstruation each month.

“The sanitary towel donation will go a long way in alleviating the hardships faced by girl children. It will also bring back their dignity and boost their self esteem so that they can also play a meaningful role in the development of the country,” the MMC said.

She further appealed to other private companies that have the means to make a difference in the life of the girl child in the region, to follow the example set by the AJP Group.

“Government can only do so much, but it is a matter of common cause that societal problems need various stakeholders – mainly public private partnerships.”

Speaking on behalf of her school peers, Grade 9 learner Inga Potose said, “It is disheartening to miss school because of not having sanitary towels. We are grateful for the donation and it will go a long way to encourage us to even do better at school.”