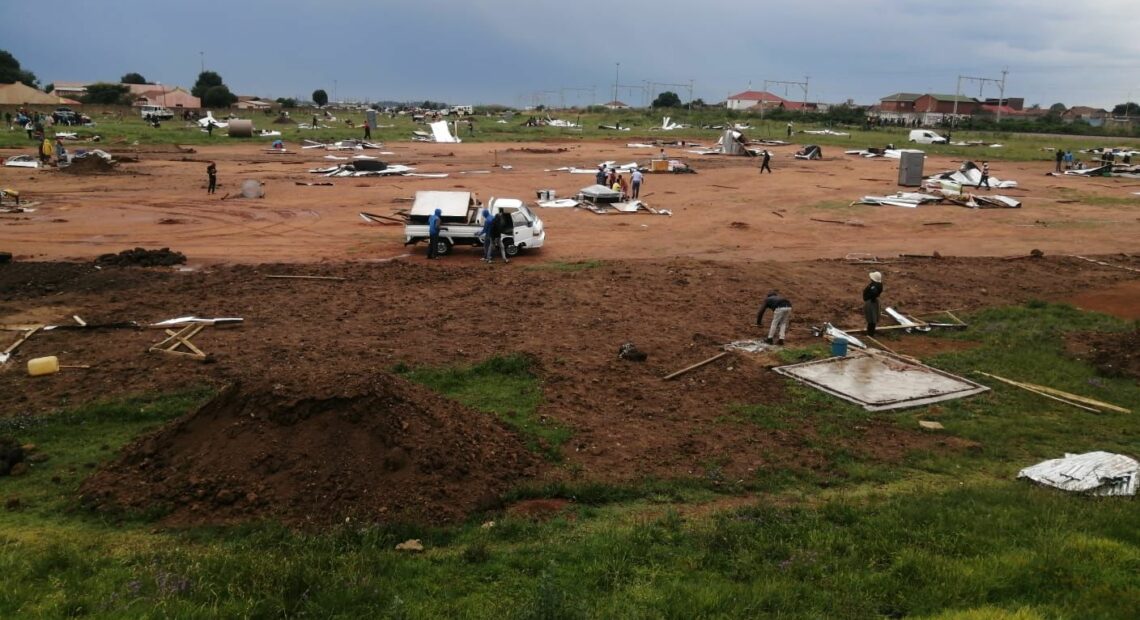 The City of Ekurhuleni yesterday moved swiftly to evict people who had invaded the Kopanong sport field in Thembisa.

This was after the city obtained a court order to evict the illegal land occupiers. The eviction was carried out by the EMPD.

This move means the community of Thembisa, which for months has been complaining about lack of access to what was their recreational facility, finally have their sport ground back.

MMC for Community Safety, Cllr Khathutshelo Rasilingwane, has hailed the city’s administration and the metro police on a sterling job on the evictions.

She has emphasized that the city will not tolerate criminality of any sort and thanked the community of their patience while the city was dealing with the matter.