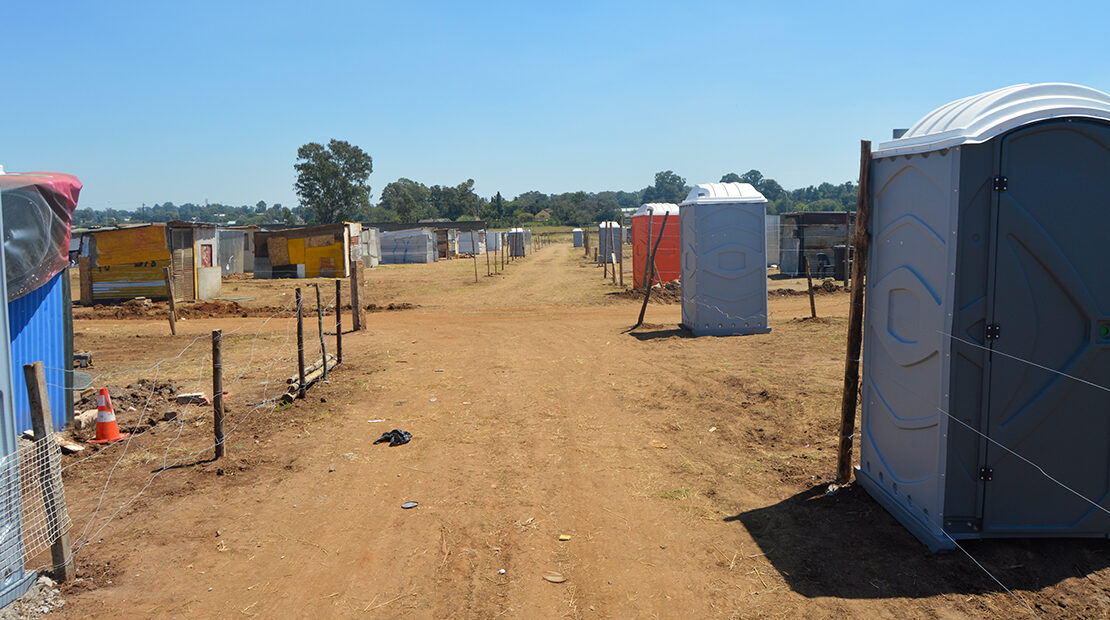 From Glen Marikana to the New Putfontein Settlement

It is all systems go in Putfontein, the new home of former Glen Marikana residents.

These residents were moved from Glen Marikana Informal Settlement, next to Kempton Park, following a South Gauteng High Court ruling.  Last year the court ruled that this community be moved as they were illegally occupying the area along Dann Road.

In response, the City relocated the residents to a newly reblocked area with basic services such as water, sanitation and waste removal.

MMC Mpya said a mobile clinic will also service the area on a regular bases.

When visiting the area on Monday, 9 March, the newly relocated residents told MMC for Human Settlement Cllr Lesiba Mpya that their new homes came as a huge relief.

“Now we have a place where our children can play freely, unlike where we are coming from. We are so grateful to our City,” said neighbours Phindile Mngadi and Lorraine Kgoepe.

“I stayed in Glen Marikana since 2017. What I remember about the place is unending meetings without any outcome. I see here there is infrastructure like water and sanitation. I like this place already,” Lorraine said.

Temosho Montjane seized the opportunity and opened a spaza shop to serve the community.

“The work is continuing. The trucks carrying mostly luggage and buses carrying mostly people are coming in and out transferring residents to their new area. We provided basic services in the bid to give back dignity to our people,” said the MMC, adding that more than 700 families of the 2 500 have already been relocated.

The shacks have been aligned leaving roads that will make it easy for emergency vehicles to move in and out should the need arise.