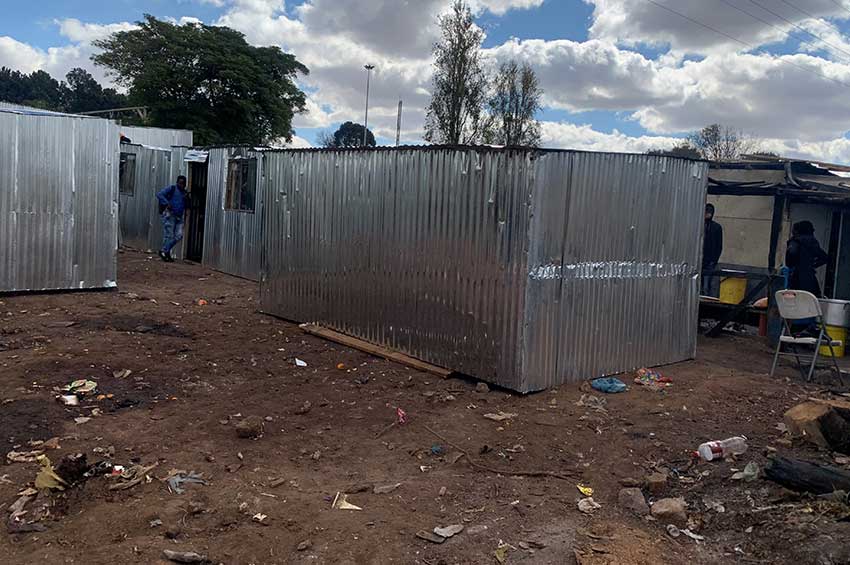 The City has come to the rescue of 60 families after their shacks at the Kaalfontein Informal Settlement in Thembisa were burnt to ashes during a fire incident on May 31.

Personnel from the Department of Human Settlements have been hard at work rebuilding the shacks ever since the fire erupted and some have already been handed back to their owners.

The City’s Department of Emergency Management Services (DEMS) was the first to move it, combating the fire on May 31, and provided a temporal shelter as well as handed over food parcels and blankets to the affected families.

On Monday June 7, Member of Mayoral Committee (MMC) Cllr Lesiba Mpya was hands on at the, where he assisted in rebuilding the rest of the shacks.

The shacks were rebuilt in a pattern that follows the City’s programmme to re-block informal settlements. Reblocking entails alignment of streets so that basic municipal services are provided such as electrification, sanitation, and piped water provision.  The space between the shacks has been increased to cub rapid spread of fires and the roads widened to accommodate ease of access by emergency vehicles.

During his visit Cllr Lesiba had a discussion with some of the affected residents, on the future of the settlement.

“The replacement of informal structures at Kaalfontein is an emergency interim intervention because some of the families are waiting to benefit from the Birchleigh Ext 4 Mega Housing Project,” Mpya said.

The City remains committed towards improving the conditions of communities living in informal settlements.