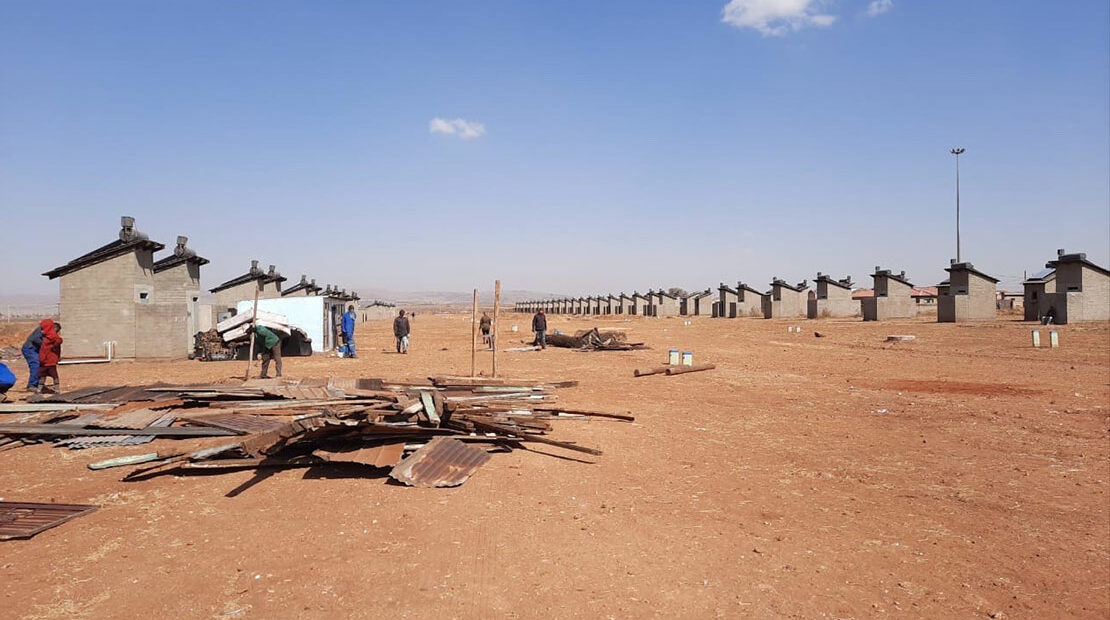 The MMC for Human Settlements in the City, Cllr Lesiba Mpya, handed over more than 200 serviced stands to deserving beneficiaries at Moleleki Extension 2 in Katlehong on Thursday, 6 August.

Moleleki Extension 2 is one of the projects aimed at settling qualifying beneficiaries identified from Zama-Zama informal settlement and backyard dwellers from Ward 108 in Katlehong. The project has yielded 223 serviced stands that are currently being allocated.

“The stands are ready for occupation, they are equipped with flushing ablution facilities, solar geysers and bulk municipal services. Other services like electricity will be provided as part of the City’s electrification programme. Furthermore, the beneficiaries will also have access roads,” explained MMC Mpya.

He said the stands allocation was a turning point towards a better life for many residents who have been renting backyard rooms for many years in Katlehong.

Provision of serviced stands, and re-blocking of informal settlements, complement the provision of RDP housing so that those who are able to build their own houses, are allowed to do so in properly demarcated and zoned stands with the necessary bulk municipal services.