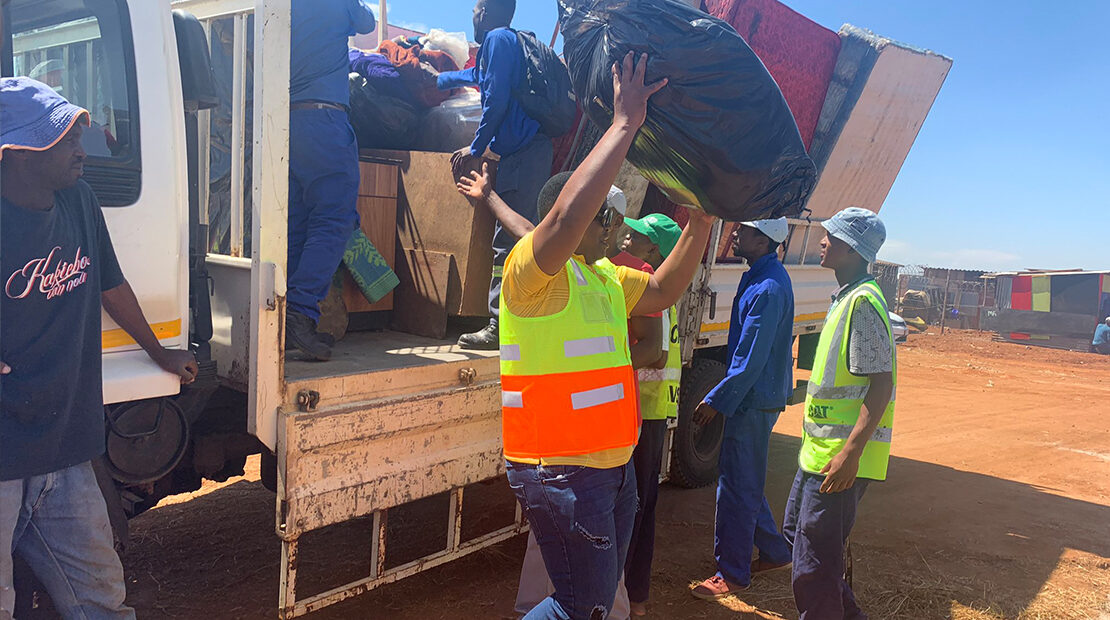 It is all systems go in Putfontein, the new home of the residents moved from Glen Marikana where they had illegally occupied a private land. The City has put full bulk infrastructure in Putfontein to make it more habitable to the 3 000 residents.

The residents of Putfontein spoke of their relief upon arrival after the City had assisted them with settlement logistics such as transport.

MMC for Human Settlements, Cllr Lesiba Mpya who was on site to ensure a smooth relocation said as part of the municipal services for the Putfontein residents, a mobile clinic will be visiting the area on regular bases.

Phindile Mngadi was one of the residents who were relocated. She was delighted of the open spaces at Putfontein, which she said will make their area safer than Glen Marikana where their shacks were congested.

Lorraine Kgoepe also shared sentiment of hope at their new home. “I have been staying at Glen Marikana since 2017. What I remember about the place is unending meetings without any outcome. I see here there is infrastructure like water and sanitation. I like this place already,” Lorraine said.

Temosho Montjane seized the opportunity and open the spaza shop to serve the community in their new area.

MMC Mpya said more than 700 families out of 3 000 have been relocated from Glen Marikana to Putfontein since the process started on 24 March. “The work is continuing. The trucks carrying mostly luggage and buses carrying mostly people are coming in and out transferring residents to their new area. We have laid down basic services in the bid to give back dignity to our people,” he said.

The shacks have been aligned, leaving the roads that will make it easy for the emergency vehicles to drive through. The re-blocking system minimises the spread of shack fires due to the spaces between them.