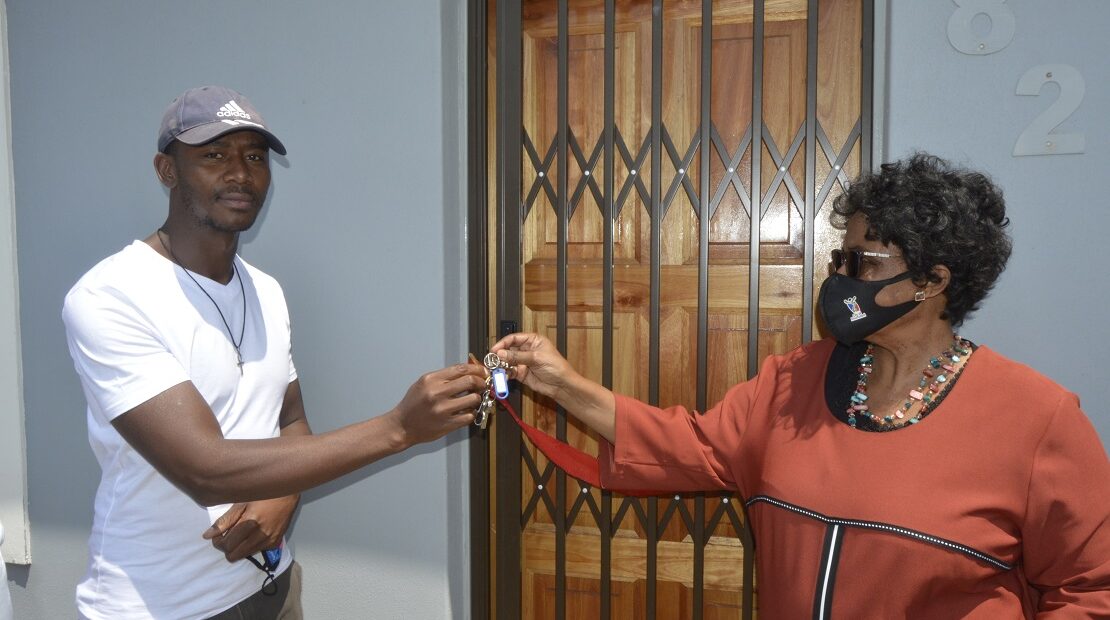 Two Families Resettled After Being Displaced by Sinkhole

The City of Ekurhuleni MMC for City Planning MMC, Cllr Ndosi Shongwe, handed over newly built houses to two families that were displaced when a sinkhole developed next to their houses in Nhlapho Section in Katlehong.

The houses were demolished and rebuilt due to the extent of the damage caused by the sinkhole. The two houses were initially conjoint but are now independently standing.

Bafana Dube, who is an owner of one of the houses, expressed gratitude to the City of Ekurhuleni for the assistance in rebuilding his house and rehabilitating the sinkhole. “I am so grateful for what the City has done for us, especially having seen how the City delivered the project under a tight deadline. I am happy,” he said.

Another home owner, Paul Ntihinotse sang praises for the job well done by the City.

“I am so happy I will sleep in my beautiful safe house. Thank you very much for what the City has done for my family,” he said.

The sinkhole was first discovered in May 2017. It affected both properties.

The City had to demolish and rebuild the ablution facility and the outside rooms of the neighbour to the two houses. The investigation of the cause of the sinkhole revealed that unsteady ground due to dolomite led to the underground concrete sewer pipe to crack. This leak led to the development of the sinkhole.

As part of rehabilitation, high-density polyethylene (HDPE) pipe instead of concrete pipe was used. The HDPE pipe is flexible and can resist the unstable grounds.

MMC Shongwe thanked the two families and the community for their patience. “I also know that the owners wanted to come back to their homes but waited for us to complete our work,” she said.

MMC Shongwe said that the City will continuously monitor these properties to make sure that the sinkhole does not develop. She said residents must fix any water leak in their properties and report those that are outside their properties to the City. The City of Ekurhuleni does not always carry the cost of rehabilitating sinkholes and rebuilding the affected properties. “The affordability of the affected family was also considered when the City decided to carry out the work,” she said. She said had the investigation revealed that the cause of the sinkhole was the residents’ fault, the City would not have carried the costs of rehabilitation and rebuilding.

In a dolomitic area, a raft foundation is used as it is flexible and does not sink easy in the sinkhole.

To report suspicious development of a sinkhole or water leaks, residents can call Ekurhuleni’s Call Centre on 0860 543 000.