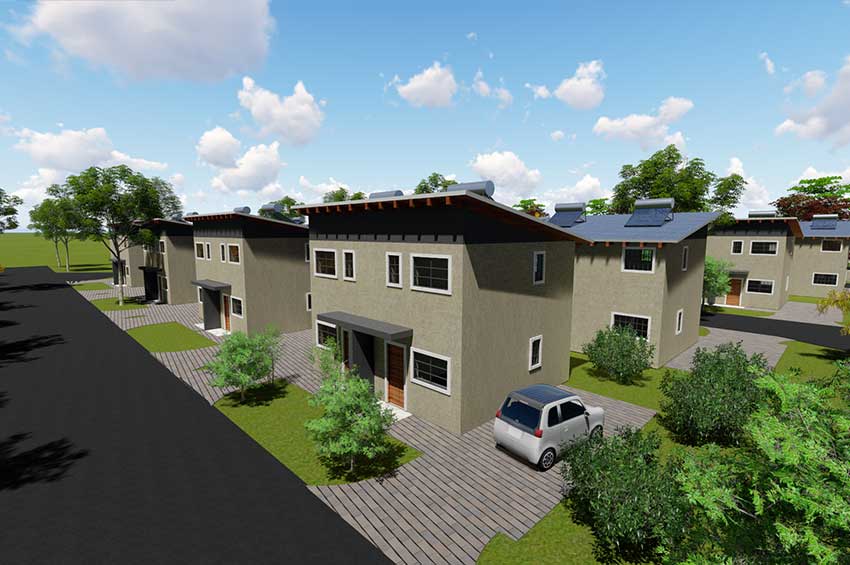 The City of Ekurhuleni is going full-steam ahead to meet its target to deliver 100 000 housing units and serviced stands by 2024.

At the beginning of this term of office, the City identified that among others that it should focus on provision of sustainable urban integration, improve on infrastructure investment, construct 100 000 houses, provide serviced stands, make land available and upscale services at qualifying informal settlements to make them more habitable.

Many mega housing projects that will have a catalytic impact on growth in the city are either in the pipeline or in the planning stage. Wattville is one of the city’s catalytic projects which is taking shape. Wattville is a township south of Benoni in Ekurhuleni.

The first phase of the project is estimated to cost over R130-million and is expected to create 180 job opportunities for the residents.

The City in 2016/17 decided to increase the density following the approval of the densification strategy. To date the project, consist of 967 units. This project is a mixed development consisting RDP walk-ups and semi-detached. At the present moment the City is busy with phase 1, of which should translate into 264 units. On this Financial year the City is busy with 68 units as part of the 264 units, and the financial next year, the city will implement 148 units. The targeted project completion is 2024 depending on the availability of Human Settlements Development Grant.

The project will consist of 967 units and such shall be handed over to the community of Harry Gwala both phase 1 and Phase 2. This project is an in-situ upgrade, of which the beneficiaries shall be from the same community as per NUSP requirements.

The city is planning to upgrade the area by installing social amenities, such as a community park with picnic spots and eco-gym facilities. There are cycling lanes that were created around the lake including non-motorised transport routes.

Currently the City has appointed a contractor for the construction of 68 units, 9 units which are at the roof level, wall plates have been finished. The development will consist of a four-storey walk-up unit.

Throughout the project a construction of a cycle and walkway route of 6 312m which will serve as a link between Wattville and Actonville.