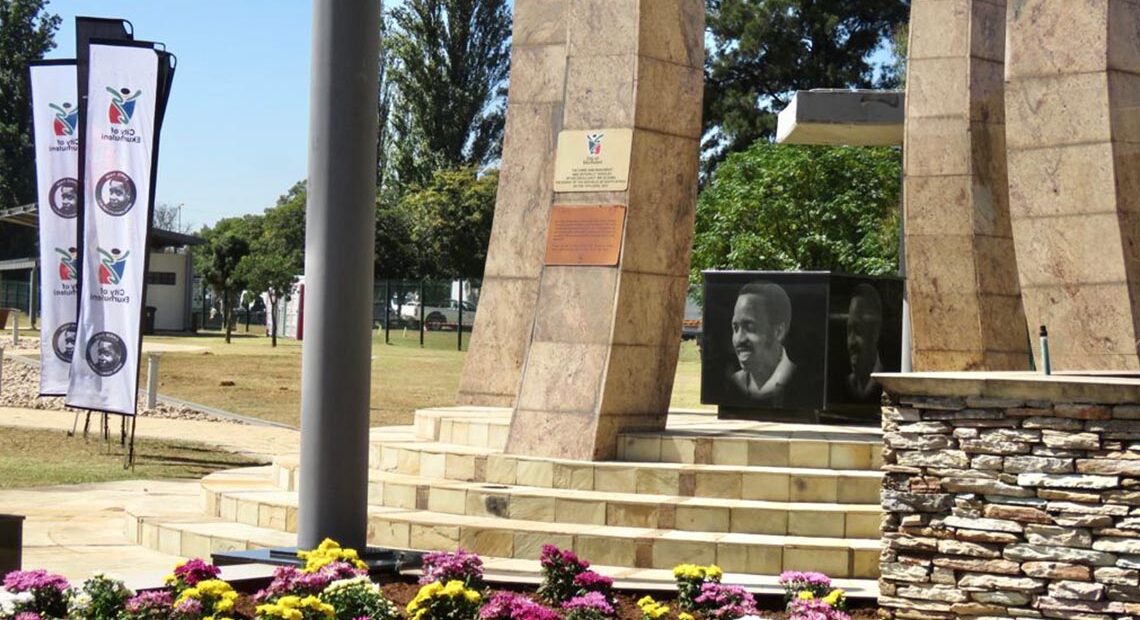 The grave of Chris Hani and the Chris Hani Memorial and Walk of Remembrance is located in the Thomas Nkobi Memorial Garden in Boksburg and is National Heritage Site, as declared by the South African Heritage Resources Agency (SAHRA) and is worth a visit.

Hani was a well-respected and revered leader of Umkhonto we Sizwe (MK), the South African Communist Party, and senior ranking ANC official who played an important role in the liberation struggle and the negotiated transition for a free and democratic South Africa. He was a strong proponent of the peace negotiations after the unbanning of liberation movements and played a critical role in the MK abandoning the armed struggle.

His assassination bought the country to the brink of civil war that led to Nelson Mandela’s plea, in what is regarded as a “presidential” statement, for calm and for all South Africans to stand together in ensuring a peaceful transition. The tensions at the time hastened the Convention for a Democratic South Africa (Codesa) negotiations and an agreement on a date for the first democratic elections.

His gravesite and the memorial and walk of remembrance commemorate his life, work, and sacrifice, and contribution to a free and democratic South Africa; and mark a pivotal point in our history in which the leadership and commitment to peaceful transition were proved.

The memorial takes the form of a circle to symbolise unity, equality and inclusion. The five circles represent the five decades of life shared so selflessly. The circular stairs encourage interactions, illustrating his warm personality, hospitality, and philosophy of sharing.

From the middle of the podium, strong lines radiate outwards to symbolise the ripple effect that Chris Hani had on the lives of millions of people, both in his personal and political life. A granite cube is placed at the top of the podium bearing a sandblasted profile of Hani on each side. The memorial is placed at an angle of 32 degrees to the existing grave of Chris Hani. The number reflects the years that Chris was a member of the South African Communist Party (SACP) and the angle allows for an optimal view of the grave from the shaded bench, creating a strong visual connection. His selfless nature, vision, wisdom, dedication, and compassion he dispensed so generously are expressed through the five concretes columns supporting the cantilevered concrete roof over the granite bench. The SACP’s popular slogan “for the workers and the poor” was not just words, but a principle that guided Chris Hani’s life.

Those ideas are reflected through the use of natural materials and the inclusion of nature in the design symbolising his dignity through simplicity, as well as his close ties to his rural base. These four granite columns represent the four pillars and the underpinning of the struggle. The shape of the pillars is significant in its reference to the wild Gladiolus. Around the Memorial there are flowers and these flowers are endemic to the Transkei (birthplace of Hani) sporting long and narrow leaves that resembles swords. This is a true reflection of Hani, the gladiator with the heart of a poet.

The Walk of Remembrance is a curving and contemplative meander, uniting the memorial and the wall of remembrance in a single, captivating journey through the trials of struggle heroes in the serenity of the national Highveld landscape. This serene walk below the canopy of trees has an air of solitude, and benches are provided to allow for relaxed reflection. The wall of remembrance and memorial directly opposite one another, serving as a single interconnected memorial to the legacy of the struggle veterans and leaders.

The visual connection is enhanced through a solid uninterrupted line of black granite from the wall of remembrance straight through to the Chris Hani Memorial. The circular shape has been used to symbolise the circle of life.

The Wall of Remembrance

The wall is a celebration of the lives of the martyrs of South Africa’s struggle for the freedom of all humanity. Their political lives reflect principles of democracy, striving towards transparency and dialogue.

The concrete podium is elevated to give the heroes appropriate recognition and pay tributes to their sacrifice. The podium is anchored by a solid granite wall, lending mass and solidity to the structure. The wall houses the name of the structure as well as a map of the routes. Three glass boxes are placed on the podium as a symbol of democracy, transparency, and inclusivity. The form is a reference to the existing needle commemorating the lives of fallen members of South African Services and is close to engaging dialogue.

The names of all the fallen heroes are sandblasted on the glass walls and visitors are invited to the wall around the glass boxes and share the history of heroes that helped shaped the new political South Africa. Natural materials are used throughout to create texture and an organic earth-like feel.