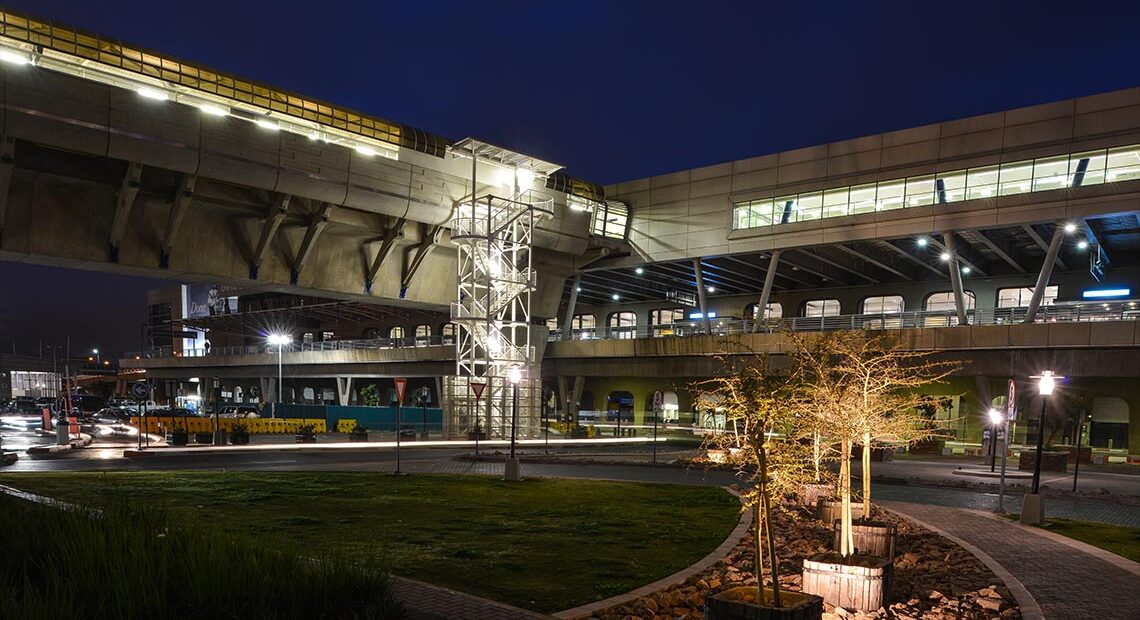 Airports In The City

Rand Airport, based in Germiston, is privately owned and accommodates the likes of air charter operators, flight schools and is a conference and entertainment venue.  Not only that, but it also houses the SAA historical museum.

In 1931 it was officially opened as an international airport; the main terminal building was designed in such a way as to resemble an aeroplane when seen from the air.

An interesting fact is that the beacon light at this airport shines from 18h00 to 06h00 and is visible from over 128km out at 7 500 feet. It is no doubt a welcome sight and beacon for any pilot confused by the lights over Ekurhuleni and Johannesburg. It is said that some airline pilots use the light as a check point on their finals into OR Tambo International Airport.

OR Tambo International Airport, in the heart of the City of Ekurhuleni, is the busiest airport in Africa and sees around 24 million passengers pass through every year. It has scheduled passenger direct flights between all six continents and is a continental gateway to many sub-Saharan countries.

The Gautrain, with a station based at the airport, provides rapid rail transport to and from the airport since its completion in 2021.  It is integrated with the new central terminal building of the airport.

Gautrain is an 80km commuter rail system in Gauteng province, in which Ekurhuleni falls, and links Johannesburg, Tshwane, Ekurhuleni and OR Tambo International Airport.

The Gautrain passes through City of Ekurhuleni via Kempton Park where there are two Gautrain stations, namely Rhodesfield and OR Tambo International Airport Station.