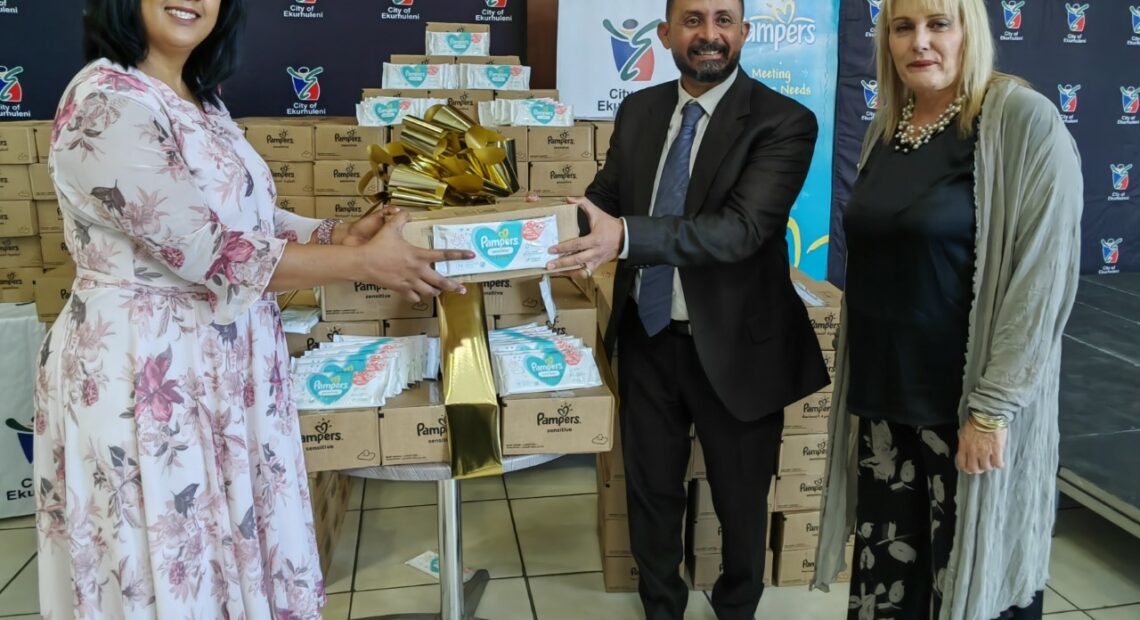 EKURHULENI RECEIVES DONATION OF WET WIPES FOR MOTHERS AND CHILDREN

This is the “season of giving” and today, 7 December, the Executive Mayor Ald Tania Campbell received a donation of 24 000 baby wet wipes packs from Procter & Gamble (P&G) South Africa.

A symbolic ceremony to receive the generous donation was held at the Germiston Banquette Hall, which was followed by the distribution of the wet wipes at the Germiston clinic where the Executive Mayor, along with P&G representative Mahmoud Sayed distributed the packets to babies who were brought in for immunisation.

Speaking at the ceremony the Executive Mayor stated that the donation by P&G is a testament to the organisation’s understanding of the socio-economic challenges faced by parents and guardians.

When it comes to the distribution of wet wipes, priority will be given to the less fortunate patients who bring their children to the facility.

Clinic managers from 77 primary healthcare facilities were also present to receive the boxes of wipes that will be distributed to the facilities they manage.

In acknowledging the great contribution of the Non-Government Organisations (NGO) making a difference in the lives of Ekurhuleni residents, the Executive Mayor handed over two certificates of recognition to P&G representative Mahmoud Sayed and Merencia Scholts from EL-Shammah home.

EL-Shammah home is an NGO operating in Primrose, Germiston, which fosters abandoned children. The organisation also received a donation of 20 boxes of wet wipes which comprises 24 packets.