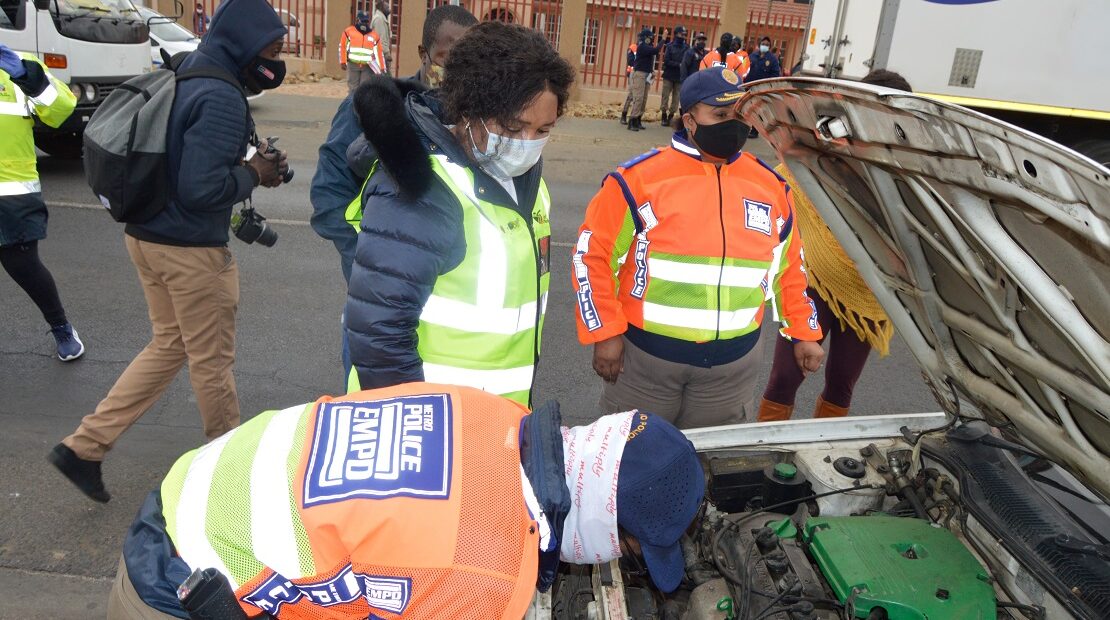 The roadblock focused on law enforcement and COVID-19 education and screening. Every August, which is Women’s Month, the City Manager joins women officers in a roadblock as part of the City Manager’s Women in Uniform in Community Safety Legacy Project aimed at empowering metro police officers, female firefighters and disaster team through education and career progression. The legacy project was introduced by the City Manager in 2017 and has seen many officers gaining promotion.

The by-law enforcement team is made up of women from EMPD, Disaster and Emergency Management Services (DEMS) and Gauteng Community Safety.

Dr Mashazi, who was with the City’s Chief of Police Isaac Mapiyeye, urged the women officers to take advantage of the learning opportunities provided by the City through bursaries to develop themselves so that they are in a better position to apply and be considered for senior positions.

As part of the legacy project the City of Ekurhuleni will host a virtual gala dinner to honour the best achievers among women officials in in community safety towards the end of the month.