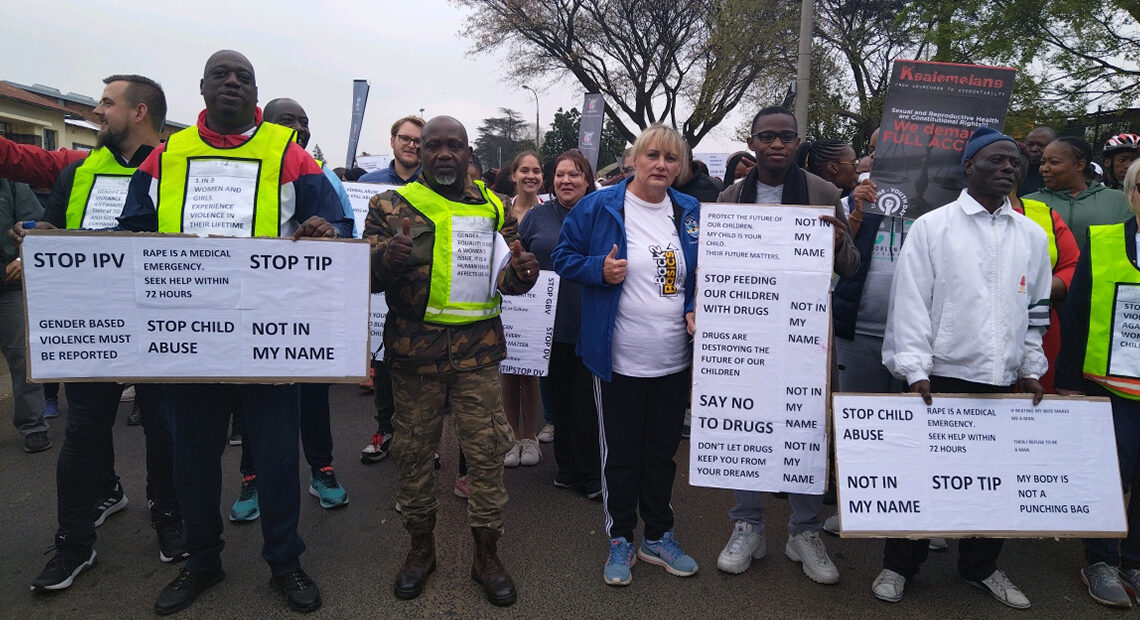 “We say no to all the social ills ravaging our communities”. This was an emphatic statement made by Executive Mayor Alderman Tania Campbell as she took to the streets to lead a 5km walk against GBV and Drug Abuse around Reiger Park this morning.

The Executive Mayor was joined by members of the mayoral committee, city officials, the community and community organisations in denouncing the plague of gender-based violence and drug abuse.

In her address Ald. Campbell pleaded with the members of the South African Police Service to prioritise reported crimes in the community of Reiger Park. She added that she is aware of the crimes that affect the community and pointed out that her main wish is to have the Reiger Park police station listed as the station with the highest volume of crime reports, ‘so that it receives the attention it deserves’.

“Let us unite today to put an end to this cycle (of gender-based violence and drug abuse) and build equal, supportive communities. Let us stand together and show up for the communities that need us the most. Their voices will not be silenced,” said Executive Mayor Ald. Campbell as she appealed to the community to claim back the streets from criminals.

Constance Mathews (42), a resident of Reiger Park, also shared her experience at the hands of abusers. “I was gang-raped while I was out for drinks in the nearby tavern hence I know how it feels to be a victim of such violent crime.”

To conclude the day’s activities on a high note, was entertainment in the form of aerobics which was provided by the local aerobics club.