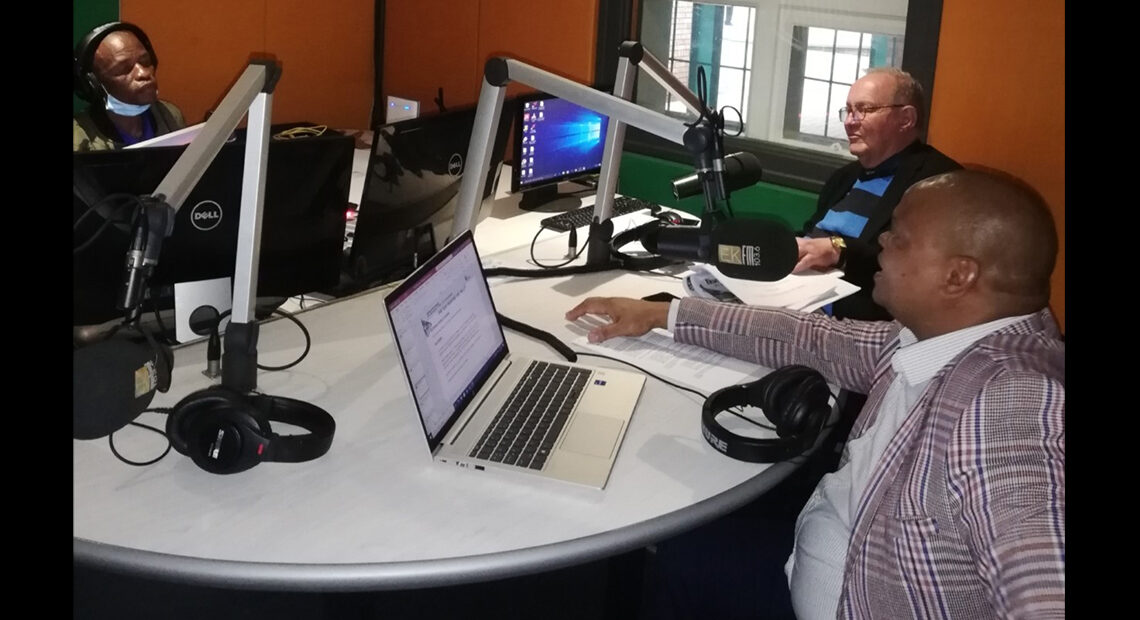 The MMC for Finance and Economic Development, Cllr Graham Gersbach, and MMC for Community Safety Cllr Letlhogonolo Moseki successfully hosted the Kwa-Thema and Tsakane Integrated Development Planning (IDP) meeting on Thursday, 21 April, after it was disrupted by unruly protesters.

The IDP meeting was conducted through a two-hour radio show on EK FM after the physical meeting scheduled for KwaThema customer care centre was disrupted.

Speaking about the importance of residents’ participation in the integrated development planning, Cllr Gersbach said, “The Integrated Development Planning is an approach to planning that involves the entire municipality and its citizens in finding the best solutions to achieve good long-term development, and this cannot be done without involving the residents to the city. As a city we rely on our residents to highlight the key priority projects that they want the city to improve during this term of office.”

During the two-hour segment, members of the community called in to ask questions and make their inputs on the draft IDP and budget that was presented.

Thabo Moloi from KwaThema called in and thanked the city for ensuring that the community is given the opportunity to make comments on the city’s plans.

In response to the residents’ comments on the key priority areas that the city needs to attend to MMC Moseki said, “Your comments and inputs have been noted and will be considered in drafting the city’s budget. We are pleased that the IDP meeting took place as we will move with a clear conscious knowing that the community was involved in drafting the budget for projects according to the wards’ priorities.”

Residents can still comment on the draft IDP and budget until 29 April 2022 by viewing the documents on the city’s website, customer care centres or public libraries.