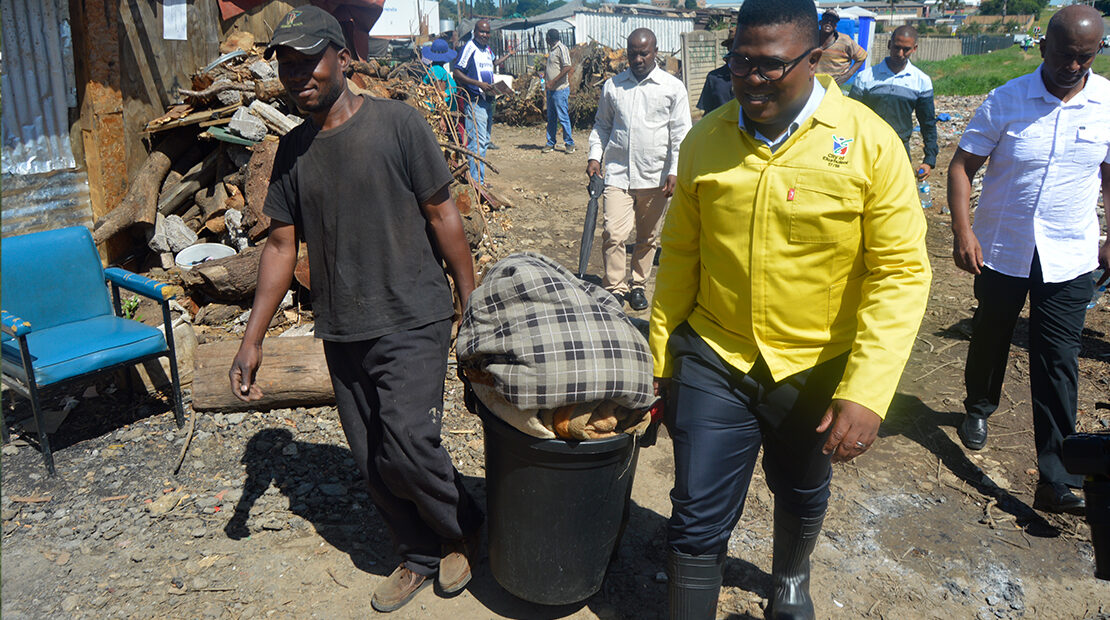 The relocation of Glen Marikana residents to Putfontein started on Monday, 24 February, and will run through to Friday.

MMC for Human Settlements Cllr Lesiba Mpya was on hand to help those who were ready to move on Monday.

During this week, the City will relocate 3 000 residents from an informal settlement along Dann Road in Glen Marais.  Transportation is being provided for the relocation.

This follows the November 2018 Johannesburg High Court judgement ordering the City to move the residents from the privately-owned land.  The owner of the land took legal action to have the occupants removed after they invaded his land.

“As a caring government, we are moving these people to a reblocked place with basic services like water and sanitation. This place has clear demarcated access roads, making it safer especially during emergency situations,” he said.

Several meetings between the community and the City have been held in preparation of this relocation. The residents’ verifications was done at the beginning of February to make the move as seamless as possible.

MMC Mpya urged residents to work with the City and relocate, as per the court order. Should, he said, there be those who may want to stay behind, they may face criminal charges,” he said.

Hanny Thipa, one of the residents who was moved on Monday, thanked the City for its help.

“I packed my staff in the early hours of the morning. I can’t wait to move to a place that has more order and I can call mine,” he said.

Hanny Thipa was over joyed to be helped by the MMC for Human Settlement, Cllr Leseba Mpya, to relocate from Glen Marikana to Putfontein on Monday, 24 February 24.