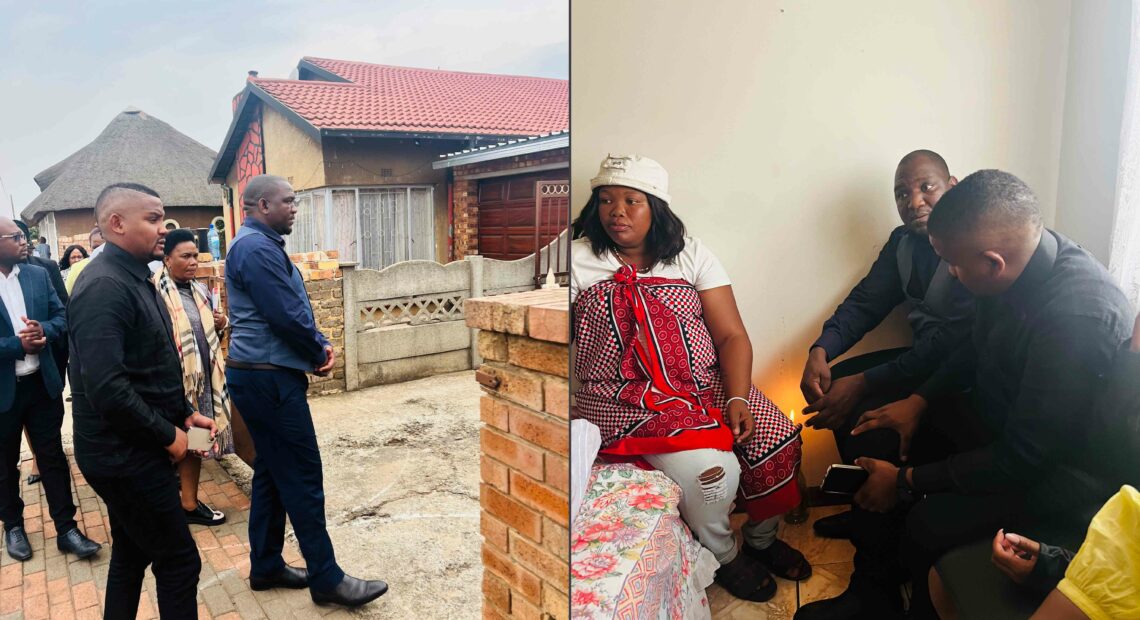 Ald Shandu called on the justice system to ensure that the perpetrator(s) behind this dreadful killing face(s) the full might of the law.

He made it clear that the City was forever looking at ways to improve the safety and security of the people of Ekurhuleni especially the vulnerable members of society, which are mainly women and children.

“We cannot have a society that is self-destructive. All hands must be on deck in the fight against women and children abuse, and crime in general. I have a four-year-old daughter myself, and such brutal incidents demonstrate just how unsafe we have become.”

Bokgabo was reported missing on Monday last week resulting in a massive search led by the community and the police. The joint effort led to the discovery of the little girl’s mutilated body. A suspect has been arrested.

During the visit, the Office of the Whip of Council pledged to contribute towards Bokgabo’s funeral, by assisting with the allocation of the council facility where the funeral will be held, an undertaker, catering and transportation of mourners.

The child is expected to be laid to rest soon.