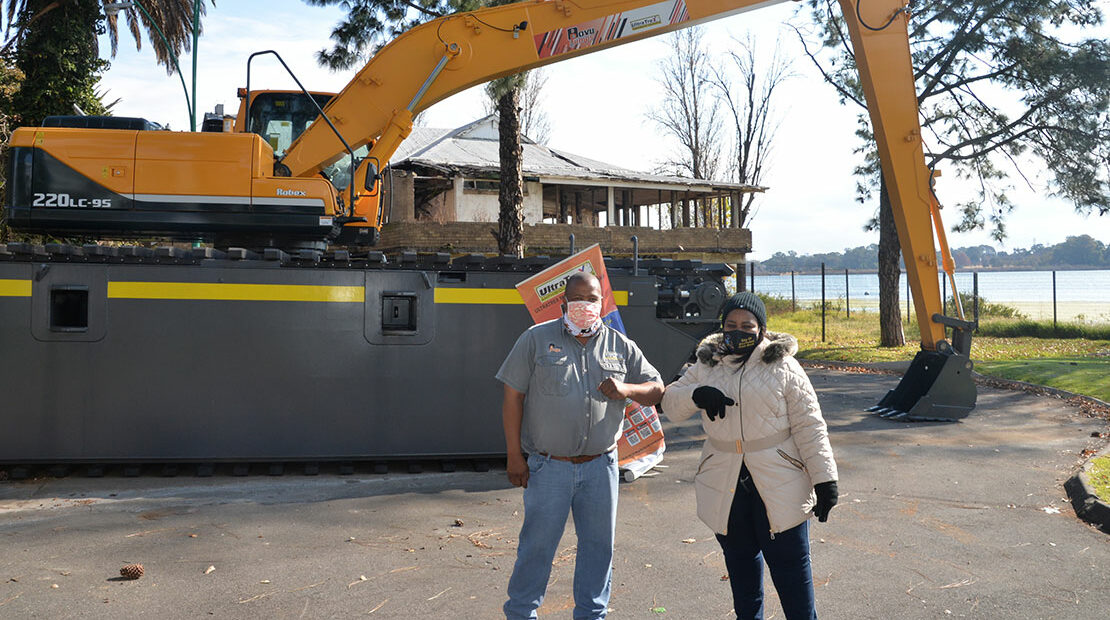 The City is stocking up on resources to maintain its lakes and dams, while caring for the environment.

Over R6 million has been invested in the purchase of the amphibious excavator. This versatile machine can be used for different functions but it is specifically designed to manoeuvre in wetlands, lakes and dams.

This new equipment will augment the already existing Watermaster that was bought by the City in 2009. The two machines are set to improve the efficiency at which the city manages and controls alien invasive vegetation in its lakes and dams.

The amphibious excavators can do the following functions:

The amphibious excavator will be launched at the Germiston Lake for testing and training of officials who will operate it. It will later be moved to dams that need urgent attention such as the President dam, Murray Park, Brakpan dam and Kleinfontein dam to assist with the prevalent water hyacinth.