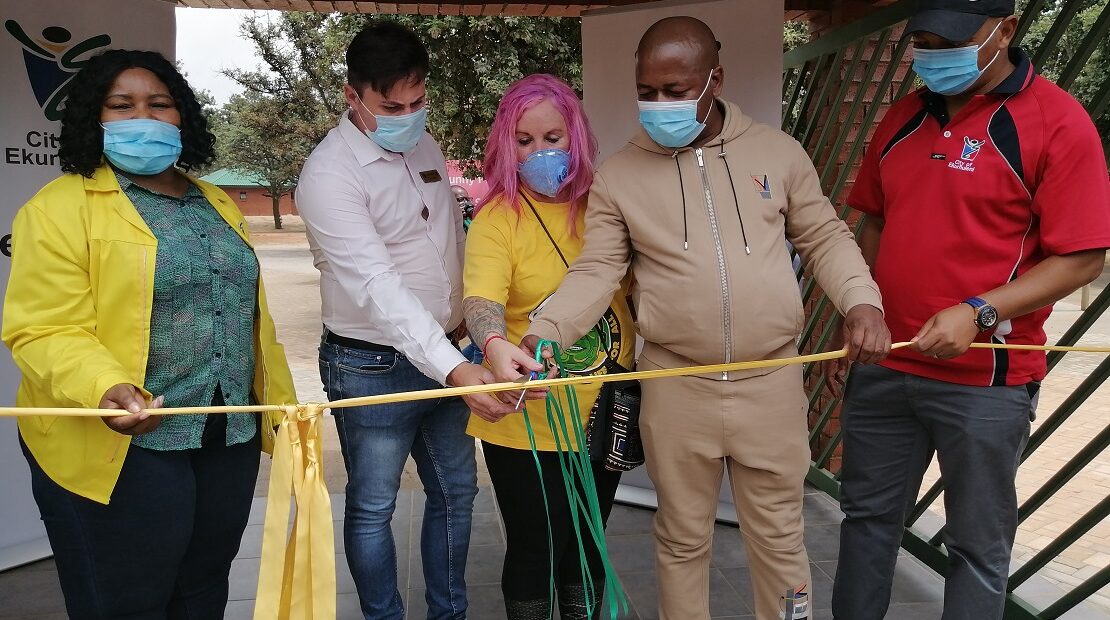 The long awaited re-opening of Bunny Park in Benoni has finally come to a pleasant end as the park opened its gates to the public on 4 December 2020.

The City has spent R16 million in the last three financial years on the upgrading of the park and this includes:

This family friendly facility offers families the opportunity to see bunnies as well as many other farm animals such as goats, sheep, geese and pigs.

Mayor Masina pleaded with residents of Benoni to be the custodians of the park, adding that they should guard it against vandalism and also ensure that no form of social ills takes place inside and around the park.

“Today we open this park as part of implementing one of our many standing commitments of promoting social cohesion through recreational facilities. This park is for all residents of Benoni and the entire City,” he said.

Tanya Forest-Smith, founder of Bunny Park Rescue Group, could not contain her excitement during the official opening.

“It is an emotional day for me today, especially when I remember how hard we pleaded with the municipality to improve the state of Bunny Park. Today, I’m overjoyed seeing the bunnies moving freely in a beautiful and safe park. I thank the leadership of the City and the community of Benoni for being committed to this good cause,” said Forest-Smith.

Entrance to Bunny Park is free, alcohol is not allowed. The park is open Monday to Sunday from 08h00 to 16h00.