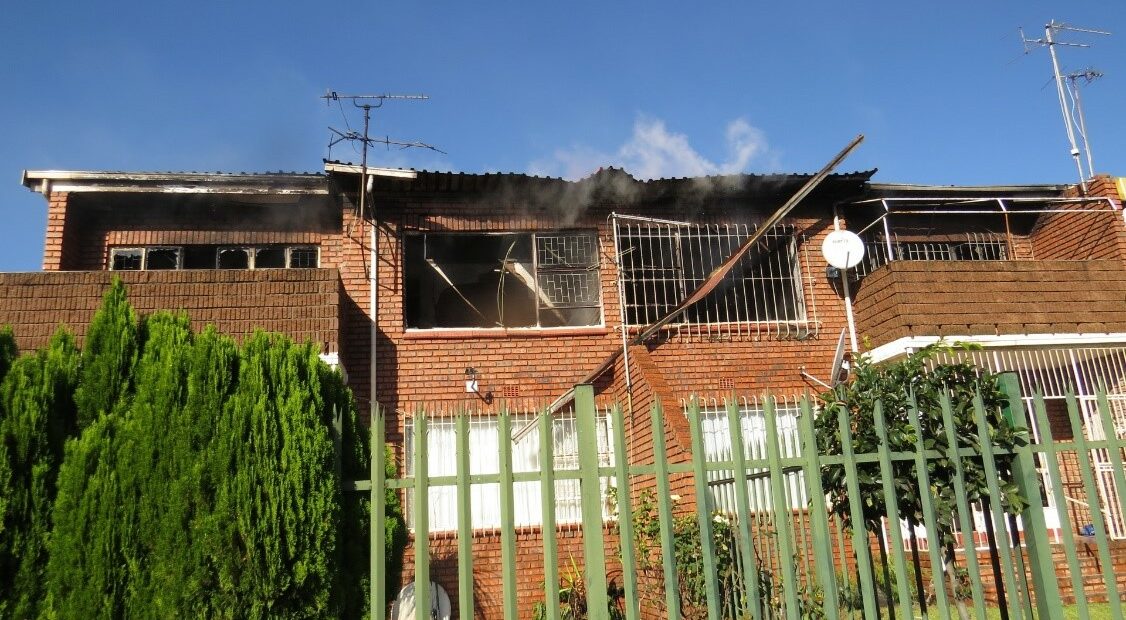 Five Eastern Region fire stations had their hands full combating a blaze that was consuming a block of flats at Parklands Estates in Dunnottar on 3 May.

A team from Duduza, backed by engines from Thokoza and Tsakani fire station, found the upper section of Parklands flats engulfed in black smoke and flames when they arrived.

Residents were frantically trying to salvage what they could from their homes and save lives of the vulnerable.

The responding team managed to successfully assist a 74-year-old man who was suffering from smoke inhalation. He was treated on the scene before being transportation to hospital for further medical attention.

The fire extensively damaged three flats, while the bottom four flats had water damage that seeped through from the upper flats.

After the fire was extinguished and scene inspected, it was found that structural integrity of 11 flats was saved, however the City’s building inspectors were called to the scene for in-depth inspection before residents could reoccupy.