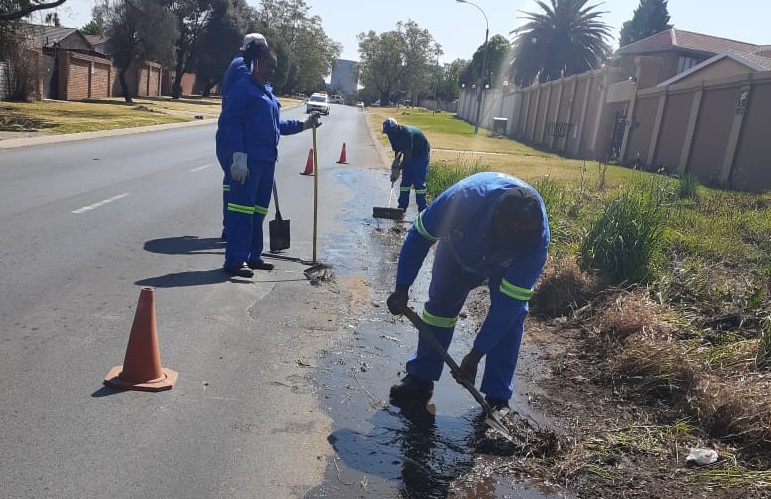 The City of Ekurhuleni through its department of Roads & Stormwater has embarked on reconstructing blocked stormwater drainages in preparation for rainy season.

Corner Storms and Krokodil streets in Norkem Park got a timeous response from the roads department after the residents logged a call through the city’s call centre. According to Roads & Stormwater department, after a thorough investigation as to why there was a blockage, the decision to reconstruct the old drainage system as it was blocked beyond recognition was then taken onsite.

The department explained that the major cause of stormwater blockages is that residents turned to illegally through things such as debris of trees and plastics inside the stormwater.

Blocked stormwater drainage often leads to flooding which negatively impact on properties and causing damage to road infrastructure. Flooding is a public safety issue that affects entire communities during the rainy season. In a plan to reduce the risk of floods during the rainy season the city encourages the communities to refrain from dumping in to the stormwater drainage.

According to the City’s Department of Roads & Stormwater, residents are encouraged to keep clear of stormwater drainage and report any faults or stormwater blockages through the city’s Call Centre on 0860 543 000/ call.centre@ekurhuleni.gov.za or My CoE App